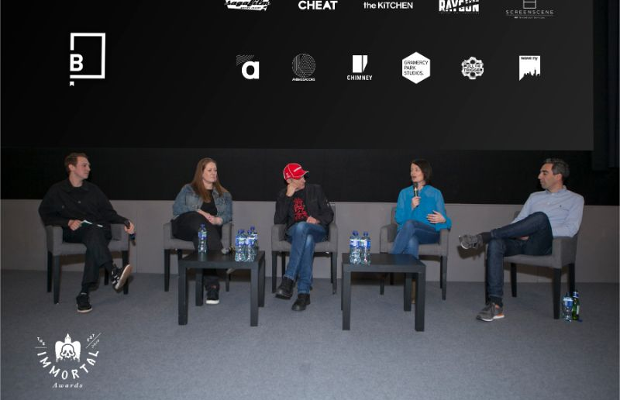 Carol Lambert kicked off the Dublin Immortal Awards Showcase panel discussion last week with some important context: “When I first started in the industry, the options for me in terms of buying a product or service were limited to what was in my environment locally,” she said. “There was no internet, no email, there weren’t even Macs. Overnight that changed and our industry changed completely as well. And it was for the better because everything could happen quicker.”
Now if the Publicis Dublin board creative director wants to buy something, it’ll be at her home within a few days. “That’s how my kids are operating,” she said. “They’ll go into town, try on a pair of runners, come home, Google them, buy them from China or America.”
It’s a broad point, but it feeds into exactly why Carol believes that international recognition from competitions like the Immortal Awards is vital for the Irish advertising industry to progress. “We’re professional marketeers and the best way for us to do our job is to see how we’re now competing at an international level,” she said, speaking in front of an audience drawn from the Dublin creative community at the Light House Cinema. “It’s important to test yourself against how other businesses are doing in various categories. And the best way for us to do that creatively is for us to enter international award shows. To really test yourself against how the best people all over the world are changing things up, trying to get attention and sell products and services. And until we do that we’ll never know how good we are. The best way for us as a country and as creative people to input into what we do is to mark ourselves against the best in the world.”
In recent years the Dublin advertising community has been doing exactly that. In 2018 Rothco, the agency now part of Accenture Interactive, brought home Ireland’s biggest ever Cannes Lions haul, including the nation’s first Grand Prix. 2019 saw Rothco and JWT Folk take home more feline statues, keeping up the country’s momentum.
In the Immortal Awards, 2018 saw the country earn one shortlist, for Soar - ‘It's Just a Phase’ (Rothco) and in 2019 this doubled, with AIB - ‘Music Box’ (Rothco) and Three - ‘Bounce’ (Boys+Girls).
International acclaim has electrified the industry in Dublin. “When we see other agencies doing great work it definitely makes us want to be as good as them and get the same recognition,” said Carol. 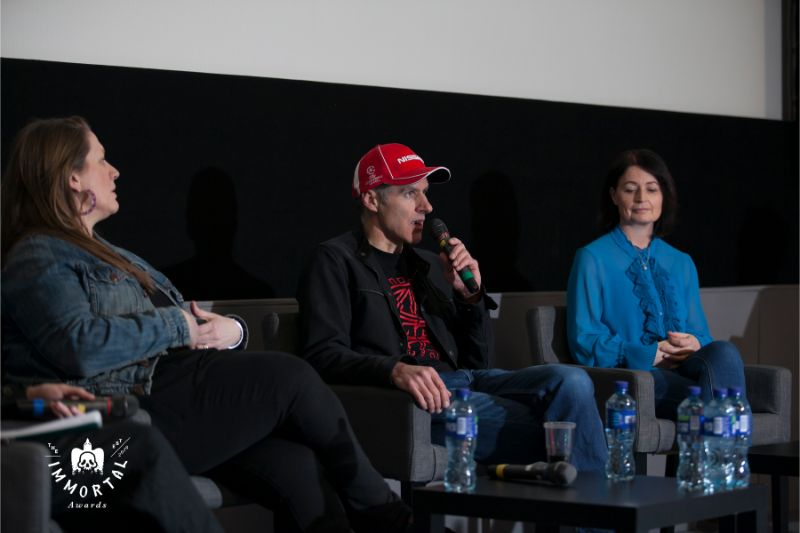 “I think we all want to see each other doing really well,” said In the Company of Huskies creative director Damian Hanley. Wearing a striking red Nissan hat, he drew on a motorsports analogy. “Think about James Hunt and Niki Lauda. Lauda always claimed Hunt made him a better driver. It’s having the right level of competition across the industry that inspires us all. We all need to be inspired by what’s happening across the agencies. If someone else does it you say ‘if they can do it, so can we.’”
Damian finds this recognition, paired with the increasingly international nature of the city, encouraging: “There’s no reason why Dublin can’t become a creative hub in Europe,” he said.
Creative director Kris Clarkin from Boys+Girls agreed that seeing international acclaim coming to Dublin agencies is galvanising for the whole community. “Straight away, that’s the bar that we have to hit. If we don’t get to that place then our clients and talent and everybody else will be looking at that thinking ‘that’s where I should be going.’ So you need to make sure you step up.”
ROTHCO ECD Jen Speirs, who moved to Dublin less than a year ago from Australia, brought a unique analogy to this state of affairs. “I feel it’s a bit like New Zealand, which we were always jealous of in Australia,” said the 2019 Immortal Awards judge. “I always think New Zealand has punched above its weight creatively for years. I think it’s because they look at everyone else and they act as a nation. They can see that it can be done and they just do it.”
After living and working in the Irish creative scene, she sees the same promise at work there: “There’s some amazing work coming out of Dublin, so stand by for greatness.” 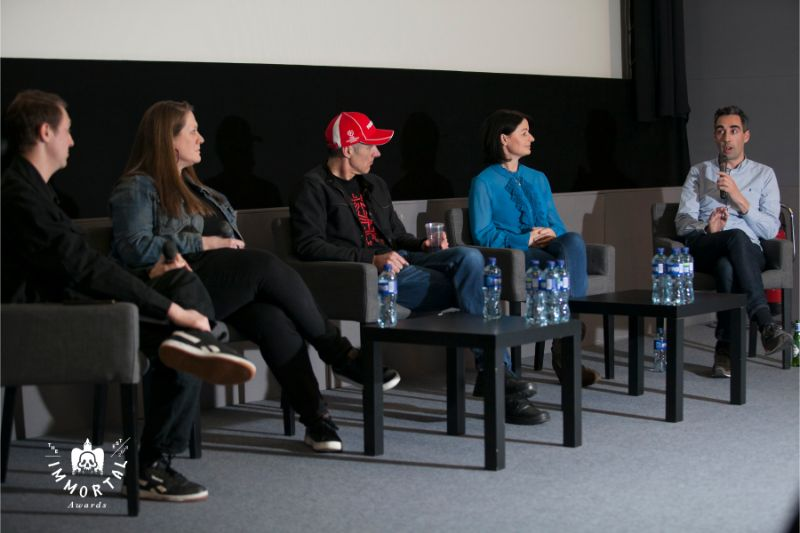 Having seen the calibre of what’s possible, it felt like nobody in the room doubted this. “I know it’s going to be on the agenda for everyone in this room over the next 18 months to compete more on an international level,” said Carol.
Next the conversation turned to how the industry can get there. Damian had a theory on this: “I’ve thought a lot about the relationship we have as Irish people with our own clients. I think we have a very particular way of going about business - a very gentle way; we’re not pushy. I think sometimes we think clients are going to get there on their own. We think clients are going to arrive in a meeting with us and know what good work is. And the agency gets frustrated about the fact that they don’t get it. I think we need to give them a bit more credit and say ‘this is what good work looks like’. A simple technique is to show them a couple of campaigns from around the world in the same category before you present your own idea. That five minutes can help them realise what good work looks like. Let’s raise that bar.”
Kris agreed that simple processes like this can be the foundation for creative immortality. “There are so many times when I’ve assumed a client has seen a piece of work so we don’t even show it to them. You forget how busy they are and how many pressures they have on themselves. And unless you can educate them and bring them on the journey with you, it’s very difficult to smuggle that idea through.”
If a client is on that same journey, it pays off. And Jen has seen this work on projects we’re all familiar with, like Libresse’s Immortal Award-winning ‘Viva La Vulva’ campaign. She recounts how the client on that work, her fellow Immortal Awards judge Martina Poulopati, was naturally taken aback when she heard that  idea. “When she first heard they were going to have singing vulvas, she said ‘OK, well it hasn’t been done before’, started to think around it, then she worked out how she would get that through her own organisation. And that work wouldn’t happen if everyone hadn’t ringfenced that idea in the beginning, as different as it was, took a chance on it and took a risk, knowing that it was going to be amazing.” 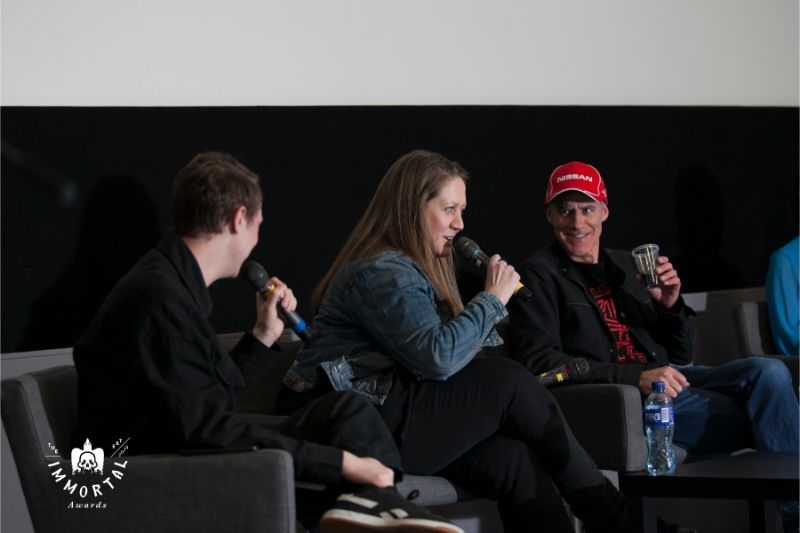 Of course agencies can’t just rely on their clients to push their great ideas through. They have to create environments for themselves to nourish those ideas. “You have to take that warm, comfortable feeling you get from being familiar with something and just fucking get rid of it,” said Jen. “There’s stuff where you’ll have to give or take. If you change this or that, will it break the idea? Will it make the idea better? And as creatives you’ve got to think ‘I didn’t particularly like hearing that feedback, but that’s going to take it in a different direction and I’m going to be OK with that.’ You have to be really fearless.
“And that has to be right throughout the agency. Culture is the first way to kill any sort of spark or hope of getting the creativity up. The culture of creativity has to be right the way through the agency.It won’t be groundbreaking, it won’t get out the door unscathed if that’s not right throughout the agency and shared with the client.”
That takes a lot of tenacity, the whole panel agreed. As Damian asserted: “I’m starting to learn after 20 years in the business that tenacity is as important as talent. We all have ideas which just die and never happen. It’s not just about thinking up things; it’s about seeing things through.”
Easier said than done, because if an idea is truly groundbreaking, if there’s no reference out there to show the client and no brand in this category has ever done anything like this before, that’s a challenge to communicate. “That’s where it can get tricky. And that’s where brilliant ideas can die,” said Carol. “It’ll be really difficult but we’re all here because we love what we do and if it was easy anybody could do it. So you have to have the tenacity to keep going and to try and bring as many people along with you as possible.” 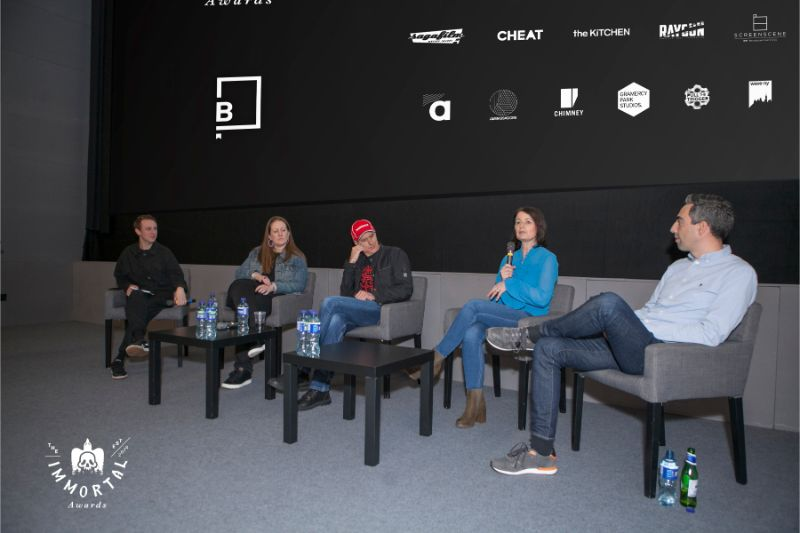 Kris finished up the panel by reflecting on the best moment in a creative’s working life: when they first have a groundbreaking idea that has the potential to win international recognition for a client and its agency. “When it happens you know,” he said. “As a creative probably the loveliest 30 seconds of your life is when you realise ‘this is amazing and I’ve never seen this before’ and no one’s told you that you don’t have the budget or time to do it.
“It’s about when you have that idea, convincing people that it answers the brief really well and that we need to bring it to the client, and having the bravery within the agency for everyone to come together and decide that’s what we go after. Then going to the client and asking them to take a leap with you and spend their money. The ideas that got through to win Immortal Awards are the ones they managed to smuggle that idea all the way through. There’s no reason to say everyone hasn’t had that type of idea. It’s about having protected it and brought it the whole way through with you.”
view more - Trends and Insight