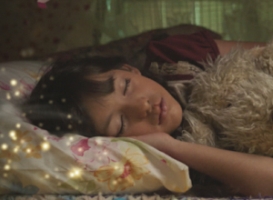 SS+K and Smile Train have launched  Dreaming of Midnight the story of a Mexican New Year’s Eve celebration through the eyes of Camila, a child with an unrepaired cleft.  Viewers follow Camila's magical, whimsical view of traditions and party decorations, accompanied by a lulling storybook narration.   Due to Camila’s cleft, we learn that it is near impossible for her to enjoy holiday treats, to ring in the New Year with noisemakers or to kiss loved ones, and that she is dreaming of the promise of a new year, and a new smile.

Twinkling hot spots throughout the video (which will appear on social media) can be clicked to make a donation from 5-1000 dollars. Just as Smile Train’s Power of a Smile campaign has been a departure from traditional nonprofit marketing, Dreaming of Midnight is a creative departure to end of the year giving appeals. 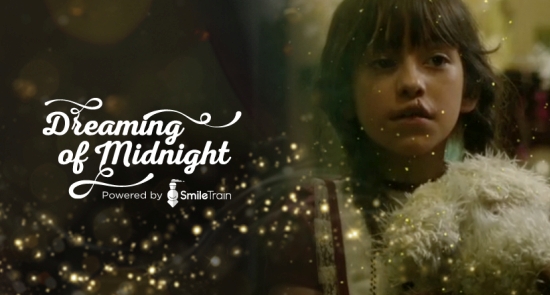 “Dreaming of Midnight has a charming, storybook perspective of the world of a child looking forward to a special party and feeling wistful and hopeful about the new year,” said Bobby Hershfield, Partner and Chief Creative Officer.  “Instead of directly asking for a donation, Smile Train pulls in the viewer and makes them feel like a part of the story.”

Armando Flores, the copywriter at SS+K behind Dreaming of Midnight described the color palette of the video: aquas, yellows and pinks, deliberately complementing and amplifying each tradition of the celebration, from a tower of grapes to the colorful basket of noisemakers.  “We created a whimsical and magical set to show Mexican New Year’s Eve through a child’s eyes, all the while making sure the direness of the need to help children like Camila didn’t get lost.  Camila’s sense of hope and wonder shone through, even as she encountered obstacles from her cleft.”