Tarjas joins as senior producer and Yonit as a composer 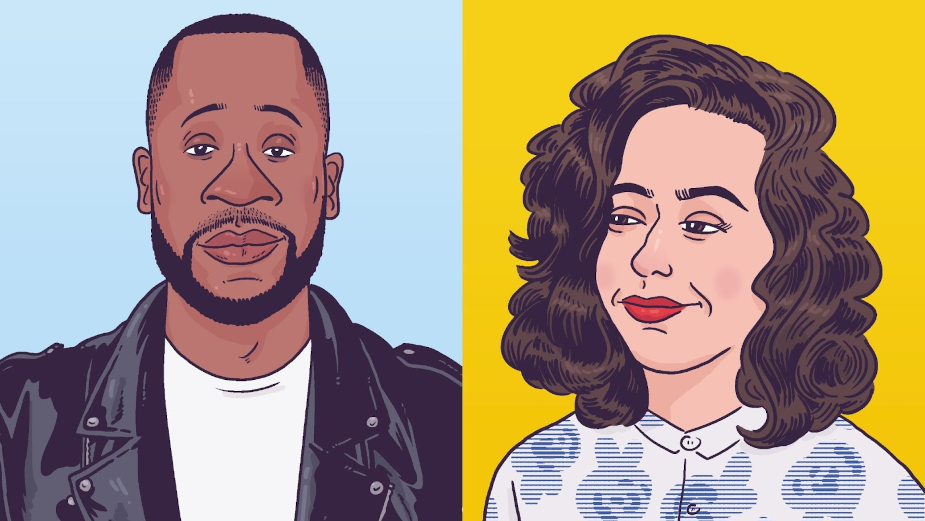 Global creative audio network Squeak E. Clean Studios has brought on senior producer Tarjas (Tee) White and composer Yonít Spiegelman to join its NYC team. Tarjas brings over a decade of experience as a music producer to his role, bringing a holistic perspective on the industry with extensive experience in music production across advertising and entertainment in roles at top shops including Audio Network and Droga5’s Second Child spanning production, composition and business development. He brings a deep passion for innovation in music marketing and a perspective steeped in cultural relevance to his projects with brands, informed by his work as a music producer for top artists and fresh, undiscovered talent. A bassist on top of roles as a composer, producer and educator, Yonit’s melodic yet punchy soulful sounds amplifies the recordings and live stages of acclaimed artists worldwide. She has written original compositions for campaigns for top brands including Nike, Facebook, John Deere, Oui, RX Pharmacy, Neutrogena, WWF and Rivian.

Notes Squeak E. Clean Studios East Coast executive producer Kit Wilson: "As we continue to push the boundaries of the role that music and sound play across all forms of content, it’s critical to have talent that can bring differing backgrounds, experience and perspective to the table. So I am thrilled to welcome Tarjas and Yonit to the team and further bolster Squeak E. Clean’s overall roster of talent."

Adds Tarjas: “I’m very excited to join the Squeak E. Clean Studios team. I’ve been following the cool, interesting work for a while, and I’m looking forward to the opportunity to add value by bringing my perspective and experience to the team and putting some wins on the board. More music, more awards, more fun!”

Chicago native Tarjas attended Columbia College Chicago where he concentrated in Music Business and Marketing. After Columbia, he relocated to Atlanta, then Los Angeles, where he worked in music production and song writing for various artists. Since, White has placed countless original songs in various TV, film and advertising productions. After moving to New York in 2013, he started on the business development side of music licensing, becoming the Licensing and Business Development Manager at Music Dealers and ultimately handling all relationships for the East Coast and the UK and later serving as Director of Music Licensing and Head of US A&R at Audio Network US in New York City. Most recently, he served as Business Development Manager at Second Child following stints as Director of Creative & Development at BMG and Director of Creative and Licensing at SoStereo.

In addition to sharing world stages as a sought-after side woman, Yonit’s bass grooves merged well with folk-inspired vocals on her own recordings. She was the leader, performer, songwriter, and producer of Foreign Hues, a jazz/world/R&B ensemble whose 2015 debut EP “First Words” earned praise from both critics and audiences alike. Her first recording as a solo artist released in April 2019, Fall, was followed by three singles, including “Promise,” featuring Tiff Ortiz and Pink Flamingo Rhythm Review. A graduate from Rimon School of Music in Israel, she was awarded a musical scholarship to come to the United States and attend Berklee College of Music in Boston where she earned a Bachelor of Arts Degree. From there, her musical career took off. She has collaborated with a variety of artists, including Tower of Power, French Horn Rebellion, Tiff Ortiz, and Oz Noy, among others. Yonit is a sought-after music educator with YouTube bass tutorial videos and masterclasses at Berklee College of Music and Carnegie Music Hall. She also provides individualied bass performance instruction with workshops focusing on  music theory, improvisation, and audition preparation.