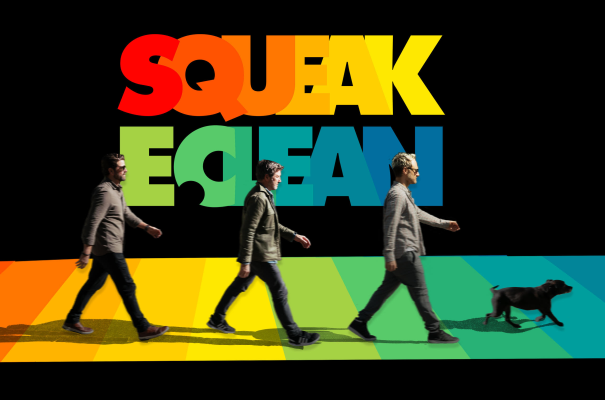 The new company, Squeak E. Clean Studios, has absorbed and operates all the existing studios of the former companies in Los Angeles, New York, Chicago, Austin, Sydney and Melbourne. Clients can now access a full range of services in every studio, including original composition, sound design and mix, music licensing, artist partnerships, experiential and spatial sound and sonic branding. Clients will also be able to license tracks from a vast, consolidated music catalogue.

New York-based executive producer Christina Carlo is transferring to the West Coast to lead the Los Angeles studio alongside Amanda Patterson as senior producer. Deb Oh is executive producer of the New York studio, with Cindy Chao as head of sales. Squeak E. Clean Studios’ Sydney studio is led by executive creative producer Karla Henwood, Ceri Davies is executive producer of the Melbourne studio and Jocelyn Brown is leading the Chicago studio. Squeak E. Clean Studios is focused on empowering diverse and creative voices in their cross-Pacific pool of talented artists and leaders. The company is deeply committed to strong support of the Free the Bid initiative, with three full-time female staff composers already on the roster.

Macdonald comments: “This merger unites the inventive music work that Squeak E. Clean is famous for, with a focus on artist collaborations and vanguard compositions and the exceptional team of award-winning composers, sound designers, and mixers that Nylon Studios has assembled over its 17-year history. It has never been harder for brands to remain relevant and our goal at Squeak E. Clean Studios is to create music and sound that puts brands into the cultural bloodstream.”

Lister notes: “I always admired the ‘culture changing’ work that Squeak E. Clean Productions crafted--like the Adidas ‘Hello Tomorrow’ spot with Karen O and Spike Jonze’s ‘Kenzo World’ with Ape Drums (feat. Assassin). These are truly the kind of jobs that are not just famous in advertising, but are part of our popular culture.” Adds Spiegel, “it’s exciting to be able to combine the revolutionary creativity of Squeak E. Clean with the outstanding post, creative music and exceptional client service that Nylon Studios has always offered at the highest level. We love what we do and this collaboration is going to be an amazing opportunity for all of our artists and clients. As a combined force we will make music and sound that people love.”