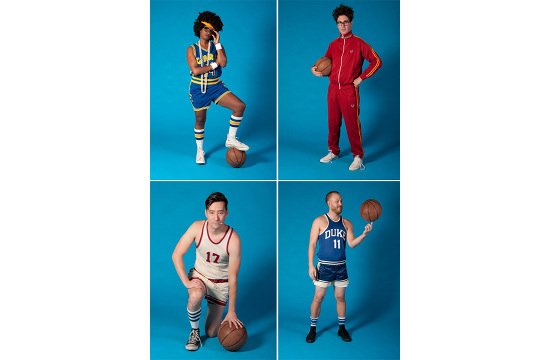 Buzzy Cohen has come in to lead the creative team after serving as Senior Music Supervisor at Media Arts Lab.  There he oversaw music on several much-lauded Apple campaigns including the iPad Mini launch and last year’s iPod “Bounce” spot.  It was Squeak E Clean’s creatively restless nature and commitment to quality that enticed Cohen away from agency life, he explains, “There are not a lot of companies out there that so consistently deliver such high quality music, while also pushing to find new ways to serve their clients in the changing media landscape.”  In addition to managing the company, Cohen also brings his music supervision expertise, allowing Squeak E Clean to further its mission of being a full service music partner.

Two-time AICP winner Justin Hori comes to Squeak E Clean from Comma Music, where as Creative Director he opened their Los Angeles office.  Accolades aside, Hori’s friendly Midwestern exterior hides the musical beast that lives inside and he brings an almost preternatural passion and talent to each project and style of music.  In addition to his advertising work, Hori has written music for TV, including an SNL digital short, as well as various feature films.  He doesn’t like apples, but he does like apple juice, and while he’s not sold on whether or not the children are the future, he’s sure the greatest love of all is happening to you.

Chris Shaw is simply a baller.  Formerly of Media Arts Lab’s rockstar broadcast department, Shaw approaches the commercial landscape with the imagination to make effective audio marketing an artform, and has held the reins on some of the most effective campaigns in broadcast history with his work for Apple.  Chris Shaw brings his self-proclaimed “allergy to the generic” to the new position of Senior Producer, where he will not only facilitate the execution of clients’ musical visions, but will he will also be managing the Squeak E Clean brand itself.

The new crew joins Carol Dunn, who receives a promotion to COO/EP.   Dunn joined Squeak E Clean in 2011 bringing her 20 years of music business experience with her.  When asked for comment she simply stares with steely resolve and says “My team is on the floor.”

Squeak E Clean was started by musical merrymaker Sam Spiegel, and has set the bar for outstanding original music in the commercial arena and beyond, with the team frequently working with a list of top directors that includes Mark Romanek, Lance Accord, and Spike Jonze.  The company has established a legacy for pioneering creative collaborations between prominent artists and iconic brands through their close relationships with modern music luminaries.  One such project, Spike Jonze’s Adidas spot “Hello Tomorrow”, featuring Karen O of the Yeah Yeah Yeahs, went on to win 4 AICP awards, 7 Clio Silver awards, and 2 Cannes Gold Lions, including the Award for Best Use of Music.  In addition to their musical contributions, Squeak E Clean offers the best in class sound design services, and continues to reinvent the scope of creative collaborations with non-traditional projects such as the Target Spectacular at The Standard Hotel.