Squad Up Online with McCann London's 'Squadvertiser' Campaign for Halo 5 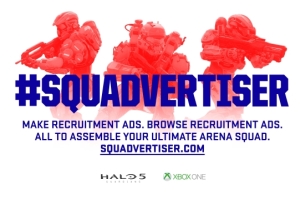 Xbox and McCann London have created a new campaign to launch the most competitive Halo multiplayer game ever, Halo 5: Guardians, and help gamers find the right players for their squads.

The campaign, called ‘Squadvertiser’ and created by McCann London, allows gamers to make their own personalised ads through a specially created interactive website Squadvertiser.com.

To help them reach as many potential recruits as possible. Xbox will hand over media space to gamers on billboards, on social channels and banners on the world’s biggest gaming sites.

For gamers to succeed in Halo 5, they need to form squads with the right combinations of players and skills. The Squadvertiser campaign helps them do just that. Through Squadvertiser.com, Halo players can create and share striking, personalised recruitment ads for their squads. By selecting from a range of visuals, player types and other criteria, as well as writing their own copy, gamers can make an official Halo ad to find a new squad member who has just the abilities they seek. 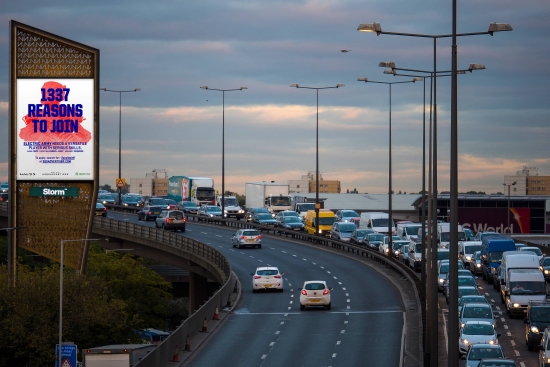 For those who aren’t recruiting, but are looking to be recruited by another team, Squadvertiser also features a job board.  Gamers can browse the ads and apply directly to the ad’s creator if they think they’ve got the right skills.

The Squadvertiser campaign will run in 10 countries, from the UK to Brazil. Over the next three months, ads made with Squadvertiser will appear on billboards, press placements and banners, making this the world’s biggest ever recruitment drive for gamers, by gamers.

Adrian Simons, EMEA Brand Director at Xbox, said: “We’ve changed the game when it comes to Halo’s multiplayer, with this innovation our loyal fans will have to reinvent their player style to win. Squadvertiser enables more of them to get more out of the expanded features.”

Laurence Thomson, Chief Creative Officer at McCann London, added: “Echoing Lord Kitchener, our modern twist on this call to enlist puts the gamers in control of their victory.”