Trends and Insight 137 Add to collection 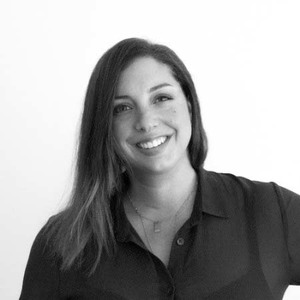 Sarah Vincenzini is associate creative director at Mamalade, Melbourne.
Sarah's career began as an art director at Ogilvy Melbourne, where she worked on global campaigns spanning multiple categories, on clients including Honda, Myer, McCain, Treasury Wine Estates and RSPCA. After winning several awards, Sarah moved to JWT then TBWA, working on ANZ, Nissan, RACV and Medibank. Her role was broadened to a hybrid Creative and eventually transitioned into full time Copywriter.

Returning to work after becoming a mum, Sarah was in immediate demand for contract work at agencies like DDB, and has been a senior writer at Marmalade since 2014 ~ promoted to associate creative director in January 2018 ~ where she has been working on brands for social good, such as Oxfam, Our Watch, and beyondblue.

Her work has won awards across multiple disciplines, including digital innovation, experiential,  activation and print. Award shows Sarah has been honoured at include The One Show, AWARD, Spikes, Webbys, AIMIA and MADC. She has also been an AWARD School Tutor and MADC RAW Mentor, and recently sat on the AWARD 2017 Jury for Integrated Campaign, Creative Innovation, Market Disruption & Creativity for Good.

Sarah's side hustle is her blog campaignbechdel.com, where she critiques gender stereotypes in advertising.