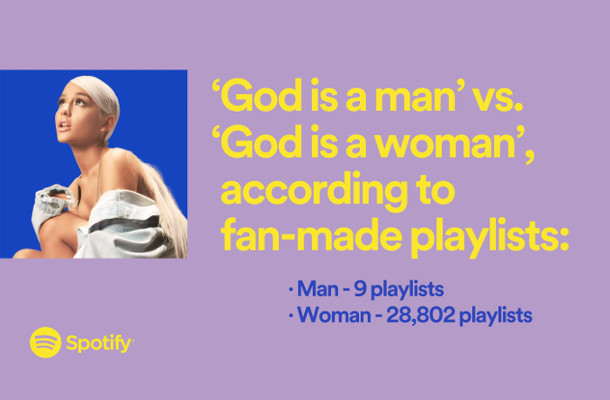 It’s the most wonderful time of the year: Spotify’s end of year marketing campaign - better known as ‘Wrapped’ - is here. And as our users have come to enjoy and anticipate, we’re using playful creative to offer a moment of reflection about the role that music and Spotify play in their lives and in culture, while telling universal stories that create a sense of community. Since its inception in 2016, ‘Wrapped’ has underscored the impact of Out of Home advertising, and how digital brands are embracing the medium more than ever before.
Launching November 28, the campaign is live across OOH, digital and social in markets worldwide including Australia, Brazil, Canada, Colombia, Denmark, France, Germany, Indonesia, Mexico, Philippines, the US and in the UK. Fun fact: more than 50 artists, including Ariana Grande, Post Malone and Shakira with Maluma, will be featured in the campaign.
“Our annual Wrapped ad campaign is a true embodiment of our proposition as a ‘platform for discovery’ Our users have come to expect the year-end campaign year after year, and are eager to see how their interactions on Spotify connect to what is happening across the global Spotify community,” said June Sauvaget, Spotify’s Global Head of Consumer Marketing. “At the same time, it serves as a large-scale 'thank you' to our listeners for their collective impact in shaping the platform throughout the year while further solidifying our place in the global cultural lexicon.” 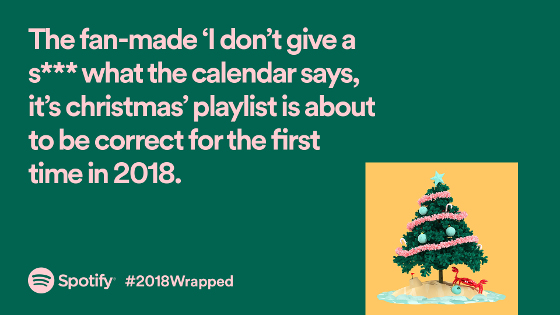 This year’s campaign goes beyond showcasing music listening behaviour and will highlight the podcasts that have captured our users’ ears in 2018. Highlights from the UK campaign include:
In a year of royal celebrations, let’s also toast the fact that someone made a playlist called ‘it’s the royal wedding tomorrow!!!’ 22 days after the wedding. Where were you in May? Crowds were early to pack the cobbled streets of Windsor and tune-in around the world in time for a wedding for the ages – but someone, somewhere managed to come to the party a whopping 22 days late. 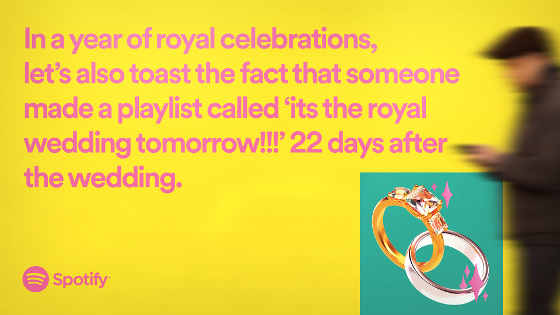 Which shark doo doo doo doo doo doo people like the most? (Daddy shark – 14 playlists; Mommy shark – 7 playlists; Baby shark – 2,342 playlists). The catchy tune about a family of sharks swam up our streams this year, begging the question: “which is your favourite?” Our users were pretty much unanimous. 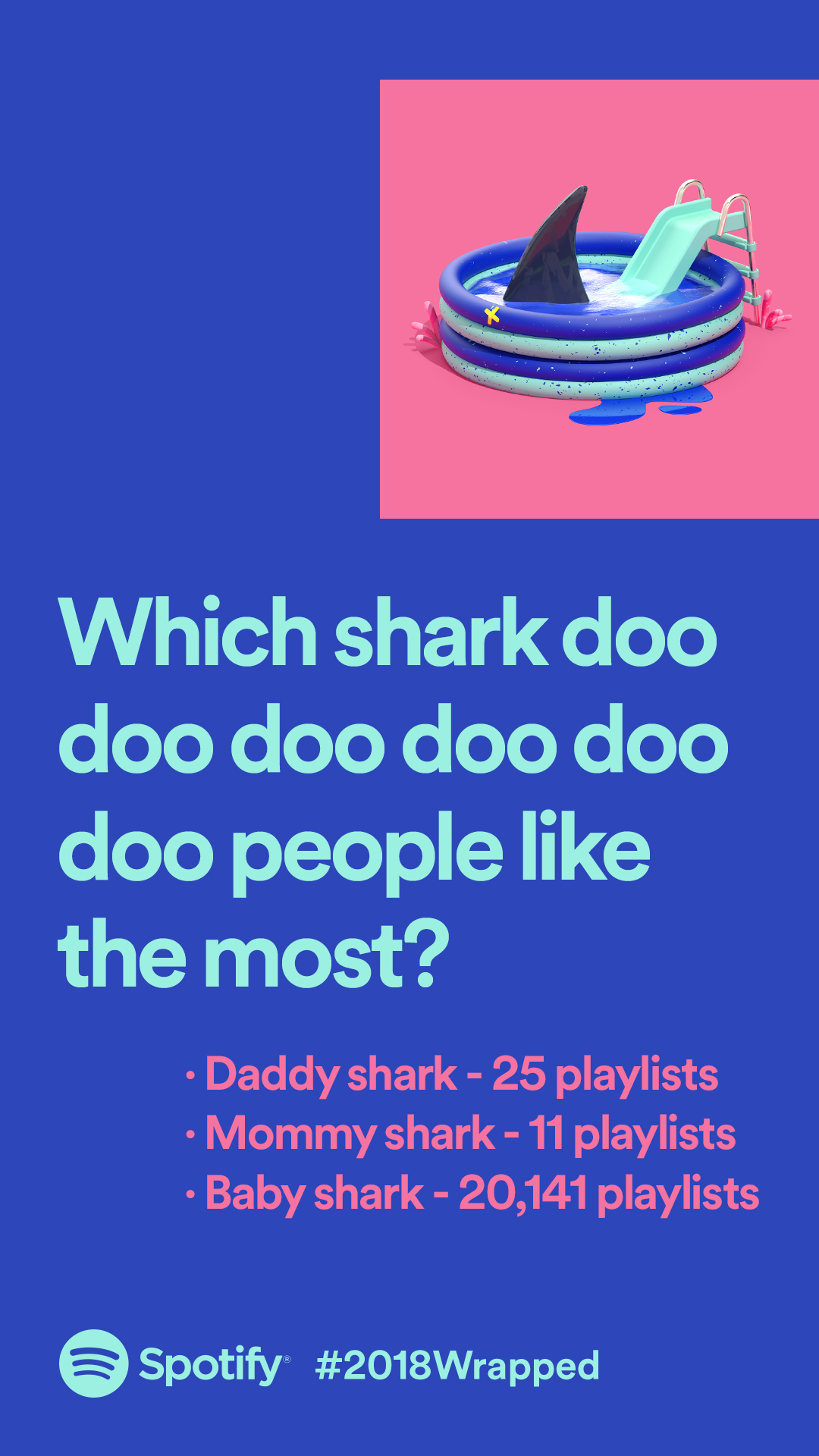 3,754 Laurel created (vs.) 1,059 Yanny playlists created. When an audio illusion featuring a computer-generated voice became arguably one of the most divisive subjects of the internet since the 2015 gold/blue dress, our users seemingly settled the debate.

“Part of our creative process is to think about the cultural moments, tensions and oddities that defined 2018 and then see how music and podcasts helped people respond,” said Alex Bodman, Global Executive Creative Director at Spotify. “That’s why this year we decided to focus on Playlist creation; it’s one of our features that allows people to get highly creative. The fact that users give the playlists such hilarious names or use them to comment on broader cultural trends only makes the material richer.”