All finalists will receive a Gold, Silver, Bronze Cube or Merit at this year’s ADC 100th Annual Awards, to be announced on June 9th during the online Creative Week 2021 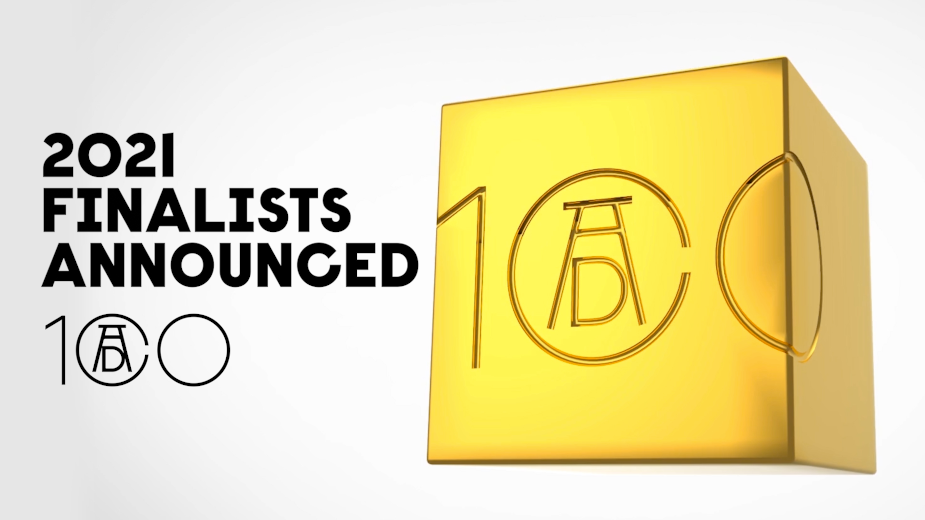 The One Club for Creativity announced entries from 37 countries that have been selected by its juries of top global creative leaders as finalists for the historic ADC 100th Annual Awards.

Spotify In-House New York leads the world with 19 ADC 100th finalists, including 10 for 'Alone with Me', five for 'Your 2020 Wrapped', and one each for 'Duos', 'Listening Together', 'Save Our Stages' and 'Thank You Listeners'.

Goodby Silverstein & Partners San Francisco has 18 finalists, including five for Google/United Nations/Tribeca Enterprises 'Life Below Water', four for Cheetos 'It Wasn’t Me', three for its own 'Respond2Racism—First-Responder Twitter Bot', two each for Courageous Conversation Global Foundation 'Not a Gun' and Doritos 'Flat Matthew', and one each for BMW of North America 'Calm Wash' and HP 'Windows of Hope'.

Also with 18 finalists is The New York Times Magazine New York, for 13 different entries. They include three each for 'Great Performers' and 'The Decameron Project', and two for 'Epicenter'. The New York Times for Kids picked up three finalists '2020 Covers', 'Dogs and Cats' and 'How It Works'.

BBDO Group Germany Duesseldorf has 16 ADC 100th finalists, including seven with Sehsucht for 'Eurythenes Plasticus' on behalf of WWF Germany, and five with BWGTBLD Berlin for '#ENDviolence – More Than A Mark' on behalf of UNICEF Deutschland.

FCB Chicago also has 16 finalists, including 11 with Lord + Thomas Chicago, Current Global Detroit and FCBX Chicago for City of Chicago 'Boards of Change'.

Other top ADC 100th finalists are DDB Paris and FCB New York with 14 each, Serviceplan Germany Munich and The Bloc New York each with 13, 140 and Tencent with 12 each, and Dentsu Tokyo and McCann New York with 11 each.

The entry receiving the most finalists selections with 12 is 'Michelob ULTRA Courtside' by FCB New York for Michelob ULTRA, Microsoft and the NBA, followed by City of Chicago 'Boards of Change' by FCB Chicago with 11.

Tied with 10 finalists selections are Spotify In-House 'Alone with Me' and 'The OREO Doomsday Vault', with seven of the entries from Mondelez OREO with 360i New York and The Community Miami, and three by The Community with 360i and World War Seven.

In the lead up to the awards announcement during Creative Week 2021, The One Club will announce all Best of Discipline winners for the ADC 100th Annual Awards on June 2nd. Members of creative teams responsible for a select group of top winners will discuss the work with jury members in live streaming sessions on June 9th.

Under the banner 'Connect. Provoke. Inspire.,' Creative Week 2021 will include The One Show 2021, historic ADC 100th Annual Awards, Young Ones Student Awards and Type Directors Club special awards ceremonies, dozens of general programming panels and workshops across Awards, Agency, Main and Education Stages, and premium events on the VIP Stage including the Executive Creative Summit for agency principals and a day-long Creative unConference.

In addition to the awards and VIP events, other general session highlights of Creative Week 2021 are:

Registration and ticketing for Creative Week 2021 is now open, with three tiers of pricing by region to make the festival more affordable.  Content on the Awards Stage, including all One Show, ADC, Young Ones and TDC awards ceremonies, is free.