Previously she worked with top industry shops such as as Believe Media, Uber Content, Imaginary Forces, Whitehouse Post and numerous others 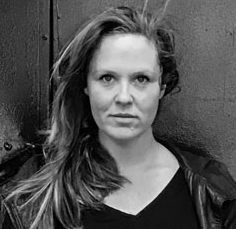 Bicoastal editorial shop Spot Welders has brought on Anna Rotholz as Executive Producer/Head of Development in their NYC office. Having previously worked as a Rep with Spot Welders early in her career, Rotholz brings over a decade of sales experience upon her return to the award-winning edit shop. She has worked with award-winning directors, editors and designers including such top industry shops as Believe Media, Uber Content, Imaginary Forces,  Whitehouse Post, Union Editorial, Barking Owl Music, Independent Media, O Positive and Biscuit Filmworks, among numerous others.

“Anna started with Spot Welders 12 years ago in sales, when we first opened our office in New York,” notes Spot Welders Managing Partner David Glean. “I’m super excited to reconnect with her now as our EP/Head of Business Development.”

The addition of Rotholz will further expand client relations and business development that enhances the editorial shops current pipeline of high-level projects, including notable VR and experiential pieces for the likes of The New York Times, Facebook, U2, Samsung and Bacardi.

Adds Rotholz, “I am so thrilled to be heading up our New York office, it truly feels like coming home.”

While studying at Hunter College, the advertising and production world quite literally found Rotholz, with independent rep Chris Zander plucking her from a receptionist job at a yoga studio to come on board as a front desk assistant. She traded a semester abroad for the opportunity to come on board as a Sales Assistant full time, to learn the ropes hands-on. She went on to land a Junior Rep position at Ziegler Management, working for top clients across production, post production and design. In 2009 she shifted in-house at Outside Edit + Design as Head of Sales, growing the slate of award-winning work out of the Soho boutique. Rotholz soon thereafter found her way back to her roots, returning to The Family as a Senior Rep, where she spent over five years. Most recently, she served as an in-house Sales Rep at Union Editorial before once again coming full circle to rejoin Spot Welders.