Sportsbet and BMF Put The 'Roid' in Android in Latest Campaign 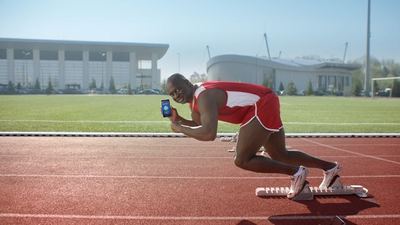 To celebrate the launch of Sportsbet's new juiced-up Android app, experts in the world of performance enhancement have come out in force to endorse it in a newly launched campaign via BMF.

Led by Ben Johnson, 100m Gold Medalist, the group also includes an Eastern Block weightlifting team; a yellow jersey winning cyclist; and a champion Chinese swimmer. The new Android app has been years in secret development and has been injected with all sorts of scientific stuff that gives punters an unfair advantage.


The campaign was shot with Revolver's Matt Devine in Romania, and will roll out across TV, digital, radio and social.

Says Cam Blackley, ECD at BMF: "There are times when you concoct an idea that makes you laugh so much you think 'nup, we're never going to get that made'. Well Sportsbet booked our tickets to Romania and here we are. And to work with Ben Johnson, my boyhood hero, that's the icing."

Says Luke Waldren, general manager marketing, Sportsbet: "Our new Android App is unfairly fast and everyone's on it, so we felt compelled to tell the world."

The campaign goes live this weekend with more endorsers getting on the band wagon in the coming weeks.
view more - Creative