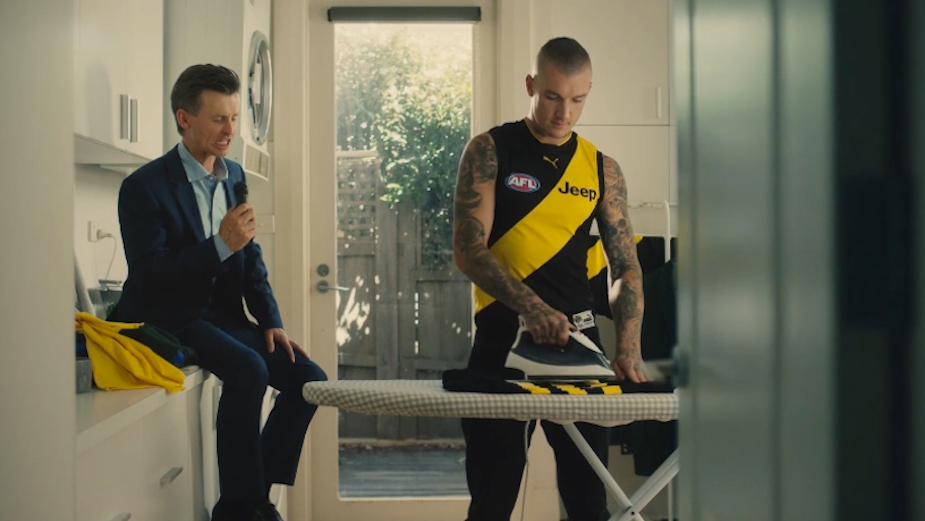 The campaign shows what life would be like if Australia’s biggest sports stars lived together, as they do on the Kayo platform offering over 50 sports in the one place. The result being a house where Anthony Hudson commentates Dustin Martin’s every move and some of Australia’s best athletes tackle the challenge of furniture assembly.

‘Sport Lives Here’ will run nationally across TV, OOH, press, radio, social and digital and aims to reinforce the unrivalled depth and breadth of sport on Kayo. The campaign will launch with two hero TV spots, 'Commentary' and 'Voicemail', with other spots like 'Grocery Run' running across social and digital channels, tapping into the relevance of specific sports.

Kim McConnie, marketing director, Kayo Sports, said: “Nothing compares to Kayo and its world leading offering. We wanted to launch a campaign that truly reflected the unmatched 50+ sports proposition that Kayo has, and we’re incredibly proud of the fact that ‘Sport Lives Here’ is a campaign that only Kayo could run."

“Kayo’s line-up over the winter months is unmatched, with every AFL and NRL game of every round, plus all the action from Formula OneTM, the Repco Supercars Championship, NBA regular season and Finals, The Masters and The America’s Cup just to name a few." continued Kim. "At Kayo, we have created a single arena for sport with an award-winning user experience, and our new campaign ‘Sport Lives Here’ will showcase our unrivalled depth and breadth, opening up Australians to the more than 50 sports available Live and on-demand on Kayo. By recruiting some of the country’s most well-known athletes, we’re showing Aussies just how incredible over 50 sports under one roof looks.”

Tom Martin, partner and CCO at Special Group Australia, added: “We wanted to show people what life would look like if all the world’s best athletes from over 50 sports, literally did live together as they do on the Kayo platform. The consequences of how they manage their ‘home’ has proven to be a really engaging way to bring a broader audience in beyond the sport nuts.”

This winter, Kayo will stream every game of every round of the 2021Toyota AFL Premiership Season and 2021 NRL Telstra Premiership Season, plus over 50 other sports Live and On Demand. The Sport Lives Here campaign is live nationwide today.