Sport England's 'This Girl Can' Returns for Second Wave

The first wave of the campaign from FCB Inferno won the 'Glass Lion: The Lion for Change' award at last year's Cannes 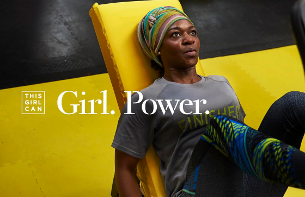 The next phase of This Girl Can, commissioned by Sport England and funded by the National Lottery, begins today with new creative across social media, digital media and out of home (48 sheets and 6 sheets). Over the next four weeks, there’ll be a host of new faces, and a few familiar ones, as the campaign warms-up for a return to our TV screens in February.

When it launched in January 2015, This Girl Can was the first campaign of its kind to show women as they really are when exercising: unedited, in all their sweaty, jiggly, glory. It was created in response to the fact that by every measure, fewer women than men were regularly active - despite 75 per cent saying they would like to do more.

After speaking to thousands of women, This Girl Can found one common thing was stopping them: the fear of judgment. This could be judgement around appearance (how they looked whilst exercising), ability (whether they were good or fit enough) and priorities (how they spent their time). It was a powerful insight that created a breakthrough campaign and started a new conversation about how women are depicted in advertising.

The next phase of This Girl Can continues to celebrate women of all shapes and sizes and all levels of ability doing their thing. But some additional issues will also be tackled, following further extensive research with women across the country. Stopping and starting, having periods in your life when it’s more challenging to exercise or when you want to do something different are all brought to life in this phase of the campaign. And we’ve extended our focus in terms of age, from14–40 year old women to include women in their fifties and sixties.

“This Girl Can has made a real difference since it launched, with the number of women doing regular physical activity and sport now at an all-time high. But there’s a lot more to do. The gender gap still exists. Most women still feel judged when they play sport or exercise. We feel guilty for stopping and starting, for hesitating, for not looking perfect. The women and girls in this campaign remind us that’s normal and create some strong images that we hope millions of women will relate to.”

Arabella Gilchrist, Head of Brand for The National Lottery, said:

“We are incredibly proud that funds raised by National Lottery players are enabling the next phase of the This Girl Can initiative. Over the last 22 years, The National Lottery has had a transformative effect on people and communities throughout the UK – and in the same way, this fantastic new campaign will have a life-changing effect on women in every walk of life, in every nook and cranny of the nation. The results so far speak volumes, and we look forward to seeing the stories unfold over the coming weeks.’’

“We were humbled and immensely proud of the success of the first campaign and of how its legacy lives on. This second brief presented us with a huge challenge, and this time round we have focused on the roller-coaster realities of the relationship with exercise – something that is rarely talked about. We are confident this will help even more girls and women manage their fear of judgement when getting active.”

Advertiser: Sport England/ This Girl Can