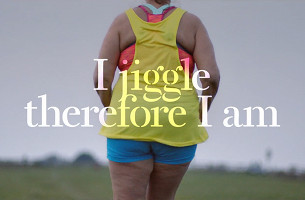 Tonight a 90” TVC will air, launching a series of high profile TVCs, OOH and digital executions for Sport England’s This Girl Can campaign, created by FCB Inferno.

The film features a series of everyday women, of all ages and sizes - no actresses - as they exercise. Opening on a woman’s bottom as she strides out to a swimming pool; the ad plays out to show that some women are brilliant at sport, some aren’t, but it doesn’t matter. For each woman a statement of their attitude to exercise is shown, like a personal mantra. “Damn Right I Look Hot” appears next to a sweaty spinner, while an ace footy player claims “I Kick Balls, Deal With It”. The energetic beat of the film, directed by Cannes winning Kim Gehrig, is set to the rhythm of Missy Elliot’s ‘Get Your Freak On’ and takes a pause to catch breath before the end line, ‘This Girl Can’.

Sport England tasked FCB Inferno to create an integrated campaign that would encourage girls and women across England to participate in exercise. Agency research led to the creative and strategic objective to make women’s confidence greater than their fear of judgment. With a sense of humour the campaign understands and empathises with the struggles women face, from how to look in gym gear to the guilt of leaving the family to exercise.

The campaign began in October with media and celebrity partnerships, social media and events. The TVC, that was produced at Somesuch, with post-production at Framestore, kick-starts a high profile national media campaign that was managed by Carat. There will be a rotation of 60” and 30” edits across TV and digital channels; digital and static OOH tailored to regions, and online banners and VOD. Adverting is supported by PR handled by Blue Rubicon, already seeing positive national print and broadcast coverage.

FCB Inferno Managing Director Sharon Jiggins says “The challenge for the campaign was to resonate with women from 14 - 40 and for our content to be endlessly adaptable, for all channels and by multiple partners. ‘This Girl Can’ does just that. The message is clear - it doesn’t matter how you do it, the brilliant thing is that you are doing it. Initial response is so encouraging and we’re excited to see a new attitude among women be adopted nationwide: less judgement, more confidence. ‘This Girl Can’ will eventually be owned by women themselves.”

Sport England CEO Jennie Price says “The figures on participation are crystal clear. There is a significant gender gap, with two million more men than women exercising or playing sport regularly. I believe we can tackle this gap, because our research shows that 75% of women would like to do more.

“Before we began this campaign, we looked very carefully at what women were saying about why they felt sport and exercise was not for them. Some of the issues, like time and cost, were familiar, but one of the strongest themes was a fear of judgement. Worries about being judged for being the wrong size, not fit enough and not skilled enough came up time and again. Every single woman I have talked to about this campaign – and that is now hundreds – has identified with this, and it is that fear of not being ‘good enough’ in some way, and the fear that you are the only one who feels like that, that we want to address.

“In This Girl Can we want to tell the real story of women who exercise and play sport. They come in all shapes and sizes and all levels of ability. They have a myriad of reasons for doing what they do. If you are wondering if you should join them – or carry on – this campaign says it really doesn’t matter if you are a bit rubbish or completely brilliant, the main thing is that you are a woman and you are doing something, and that deserves to be celebrated.”