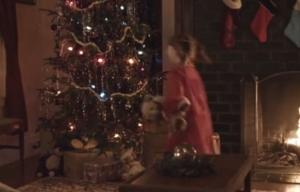 The creators and software developers behind grandPad -- an innovative, tablet technology which bridges the growing digital divide between younger, tech-savvy generations and the Greatest Generation -- turned to the team at SPLICE for a new, promotional holiday music video. SPLICE drew on its award-winning, in-house team, as well as long-term collaborators to provide creative concepting, production, and post-production for the new branding piece, which emphasizes: “Simple joys should be simple to share.”

SPLICE Partner Barb Condit was enthusiastic about the grandPad music video being a passion project for her and her team. Having aging parents herself, Condit saw immediately the benefit of utilizing the SPLICE team’s creative talents, as well as long-time partners that they brought into the collaboration including Executive Producer Jillian Nodland and Director Roger Sackett. “When we were first approached, the clients at grandPad had an original song, which was a great start,” she explains. “So we were able to put the idea out to collaborators and partners of ours, and Jillian and Roger were selected for the project. They completed the creative concepting and production, and then our team at SPLICE completed the creative editorial, color, design and post. It was a true team effort, and for such a great product and initiative – to help seniors stay connected with their loved ones.”

Scott Lien, the Founder/CEO of grandPad, says that he just fell in love with Barb and Clayton Condit and their team at SPLICE. “They are wonderful people and have a fantastic creative studio,” says Lien. “They really understood what we were needing from a client perspective for this branding piece, and were able to bring in all of these talents to help us make the best music video possible. They were personally committed to our project and to us, and that came across in the service that we received. We sent them the song, and they provided us with storyboards and a few mock-ups, but we all quickly agreed. We all had the same vision. In the review process, it just took a few iterations to get it right. We just love the music video and are using it as a holiday promotional piece. It really explains perfectly what grandPad can do for seniors, and the impact it can have on an individual and their friends and family.”