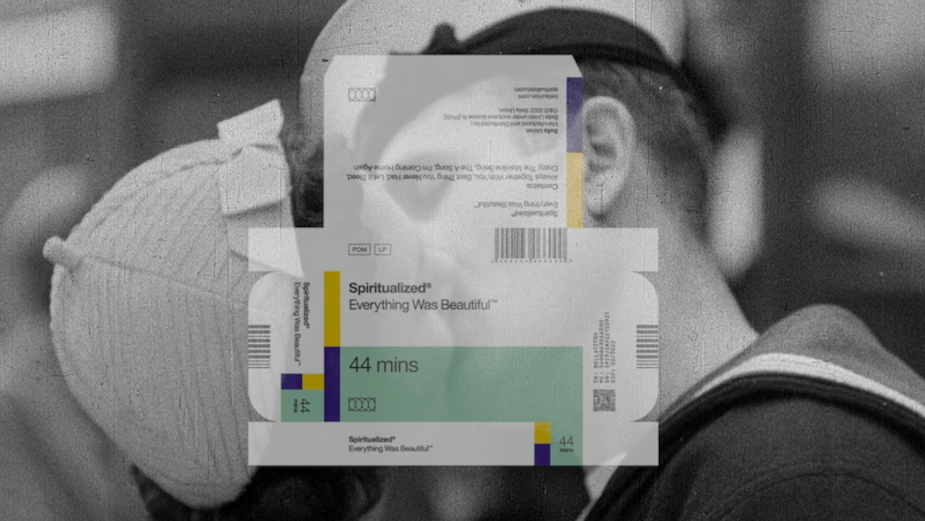 PRETTYBIRD UK co-founder Juliette Larthe teams up with J Spaceman (AKA Jason Pierce) again to executive produce and creative direct Spiritualized latest track ‘Crazy’ from the forthcoming album ‘Everything was Beautiful’. The promo was produced by Benji Landman.

The new Spiritualized track ‘Crazy’, which features backing vocals from outlaw country singer Nikki Lane, comes with a collage video directed by the band’s J Spaceman (aka Jason Pierce) following on the aesthetic for the first video off the album always together with you. But changing the box to pink a universal colour of love.

PRETTYBIRD UK co-founder and executive producer Juliette Larthe commented: “Crazy Takes inspiration from Warhol’s ‘The Kiss’ and is a modern take of the fairy-tale ode to the heart. Clips are juxtaposed with gambling and risk, with glimmers of hope that we may all still win in life. We wanted to show the power of love and the desperation of life without it, the addictive nature of it. The death of joy when we feel that we may have to resign to the loss. How love unites and creates peace and power. The hope of the future has love as the key, whether it’s personal or universal, always choose love.”

Spiritualized’s gentle balladic track is heightened with the soothing country vocals of Nikki Lane, and brought to life with Spaceman’s music video, a collage of images featuring couples from different eras, different cultures and different genders.

The imagery is overlaid with artwork from the familiar and iconic pharmaceutical packaging motif of Spiritualized’s album design, which dates back to Mark Farrow’s artwork for the 1997 album 'Ladies and Gentlemen we are Floating in Space', and was also a visual theme overlaying the video for the track ‘Always Together with You’, released in November 2021, which was creative directed by Juliette Larthe. These visuals perfectly complement the juxtaposition of dark and light within the hopeful lyrics, yet illustrate the inner struggle between happiness and melancholy.

The album is out on February 25th via Fat Possum and features last year’s single 'Always Together with You.' The band is set to hit the road this year. Everything Was Beautiful follows 2018’s And Nothing Hurt; together, the titles form a quote from Kurt Vonnegut’s Slaughterhouse Five: “Everything was beautiful and nothing hurt.” Last year, Spiritualized began a reissue campaign for their back catalogue, which recently added their landmark “Ladies and Gentlemen We are floating in Space”.

A big thank you to all of our contributors, especially Tamsin Omond.