Trends and Insight 736 Add to collection 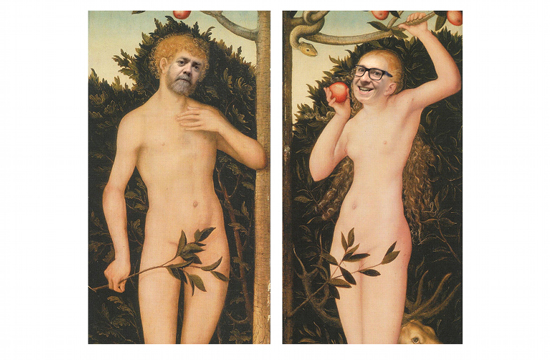 The sanctity of the creative marriage ordained by Bill Bernbach in the 60s has been ripped apart. The coming of age of the online world and its eager bedfellow, social media, have opened doors to new possibilities. The comfortable twosome of an art director and writer is no longer enough. We propose that if a team wants want to reach their true creative potential, they need to be prepared to let a bigger group join them in the ideas bedroom.

Of course, this new creative awakening has happened relatively recently. Even just 10 years ago the ad industry was a much simpler beast. Collaboration might have involved a director or photographer, or typographer at best. But the online world has brought new specialties that need to be handled by professionals.

Proof is in the massive growth of the credit list in advertising awards in the past few years.

When we began the Driving Dogs project in early 2012 in our comfortable little twosome, we thought we knew how we wanted it to pan out. And it was simple. Get some dogs. Teach them to drive. Build a web site. Watch it go viral. Or so we thought. Our new partners had other exciting ideas.

For example, when we said we wanted a website, our digital strategist said let’s do it on Facebook. While we thought this might be a bit naff, in the end this was pivotal to the overall success. Just like doing it live on national TV. As much as us two creatives would like to take credit for that, this particular idea came from PR. Media said drop MINI form the name. That was as biggy. MINI was the client. But, they knew de-commercialising the face of this project would help its pick up. And they were right. At the close of the campaign, over 2billion people around the world had seen our dogs drive a MINI.

So what did we learn? We learned the advantages of sharing your idea early. Leave it too late to send out the invites and the orgy just won’t be as good. Until you share, you have no idea what other people can add. And don’t be afraid to trust your idea in the hands of others. You just have to be brave enough to be naked in front of the team, because if you’ve invited the right people to the party, everyone wants the same thing – creative success. It may hurt a little at times, but in the end, because just as two heads are better than one, we’ve learned 30 heads are better than two.

We’re not saying to abdicate responsibility by any means. It’s actually the opposite. More than ever it’s the creatives’ responsibility to crack the big one. You are the party starter. A great idea will always spring from a single source. But the difference now is that if you are prepared to share that idea with others in execution, the benefits are there to be had.

After being fortunate enough to grace the stage a few times this year with our work for Driving Dogs, we’ve come to learn that the process of inviting more people into the creative bedroom is where true creative fulfilment can be achieved. Not every time of course, but when the mood’s right.