Spikes: Is the Internet Making Everything Shit? 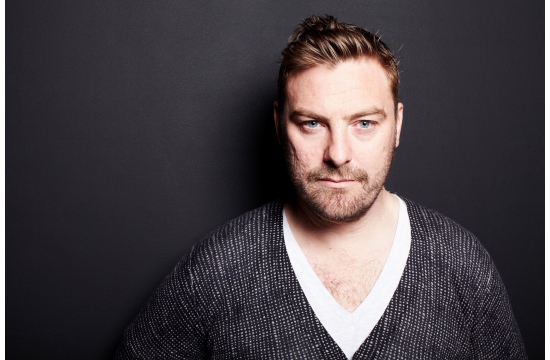 Over the 15 years I’ve spent in the industry I’ve made my share of passionate arguments for the wonders of digital. When I started out at 23, I was zealous in my belief that industries needed disrupting.

But there’s a point at which the digital community has a responsibility to stop the sales job and acknowledge that technological progress is having all sorts of unintended consequences.

Let’s begin by putting a few silly untruths to bed, starting with the internet’s gift of democratisation. We can’t call the internet a democracy just because it enables us to rate a product on Amazon or forward an ironic Tweet.

Even the role social media may have played in the Arab Spring can hardly be credited with bringing democracy when we see the blood flowing from Cairo to Damascus.

The myth of digital democratisation feeds into another flabby notion: that the consumer is in control.

Marketing directors might feel they’ve lost control, but that doesn’t mean the consumer’s got it. We can all tweet @BTcare, and we might get a response, but the real control lies with those who own the biggest computers.

This is no rant against Google or Facebook. Technology has served some of us very well. But the idea that access and privilege is any more open than it is in the wider world is toxically naïve.

While we are being dazzled by the idea that we can get things for free, digital power and control have been ceded to a small number of influential organisations driven by self-interest, shareholder value and techno-utopianism.

I’d like to see the digital industry talking about whether free things, for all their consumer appeal, aren’t actually destroying quality and jobs.

The driverless car sounds like progress. In wiping out the taxis, driverless cars might make the roads safer, but they will also undermine an important path to economic dignity.

Take Instagram: what a wonderful invention. Stupid old Kodak - should have seen digital photography coming. But as Lanier recently pointed out in his book ‘Who Owns The Future?’ at its height Kodak employed more than 140,000 people and was worth $28 billion. When Instagram was sold to Facebook for a billion dollars in 2012, it employed only 13 people.

An industry has gone, and what is left is an app and a vast number of consumers who, with their data and their traffic, have become the product itself.

For every job Amazon creates, three jobs evaporate somewhere else. We are already hearing about robots that can perform basic surgical tasks. E-learning has the potential to wreak marvels but it could eviscerate academia.

You can’t stand in the way of progress, but progress is an amoral force. We have a duty to understand it, to find an ethics for the technological age.

Digital disruption often leaves a vacuum where previously there was humanity. It also panders to our short attention spans, feeding us something cheap and banal in the place of something that was comparatively expensive, but also comparatively good.

Research tells us that 40 per cent of news links on Facebook come from the Mail Online. If we’re going to disintermediate paid journalism, we ought to consider what we’re getting instead. When your largest news provider is telling you, as the Mail has, that you can get cancer from sex, shaving, skiing, soup and space travel - well, maybe there’s something of a Faustian pact at work.

Sitting atop the digital industrial revolution is a tiny number of geeky masterminds. Most almost certainly believe what they are doing is right, and in the case of Facebook it’s pretty clear that basic humanity lies at its core.

But there are many other tech businesses who are willing forward a moment when humanity will cease to exist as the dominant intelligence. When you remove human agency from much of what we experience, what it means to be human dissolves.

We need to take our stories back. And technology offers ways of doing it. We are entering an age of real potential in the field of data. It’s time to invent services and products that take advantage of that.

Our job should be to help companies negotiate the new economic conditions: to try and create new opportunities and products, to make money and pay people.

As organisations that grasp every aspect of the digital world, we are in the right place to understand the human implications of technology and to help companies understand them too. We can be agents for economic regeneration as long as we recognise that this, rather than disruption for its own ends, should be our aim.

If we are not vigilant, we could unwittingly end up as economic slaves to algorithms. With the right support, the right funding and the right ideas from government and from business, we can tame the beast and harness its energy for the good of the many, not just the powerful few.