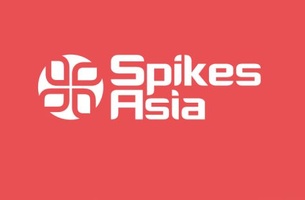 The Spikes Asia Festival of Creativity has announced the five jury presidents set to lead the Design; Digital and Mobile; Direct and Promo & Activation; Integrated; and Media juries at this year’s Festival and Awards.

Commenting on the line-up Philip Thomas, CEO of Lions Festivals says, “Spikes Asia is privileged to have such a formidable line-up of jury presidents to judge the best of the region’s work this year. As thought-leaders and people of extraordinary talent they will award stand-out entries and steer the debate that will set trends for the future of the industry.”

Stefan Sagmeister, Designer, sagmeister&walsh, New York, will serve as president of the Design Jury. Stefan formed the New York based Sagmeister Inc. in 1993 and has since designed for clients as diverse as the Rolling Stones, HBO, and the Guggenheim Museum. He has earned practically every important international design award and finally won two Grammies for the Talking Heads and Brian Eno & David Byrne package designs, having been nominated eight times.

About his position as jury president, Stefan says, “I am truly looking forward to enjoying the privilege of being able to see lots of wonderful design pieces created last year in their original form and am rather sure it will be difficult to pick the best.”

Jean Lin, Global CEO, Isobar, will head up the Digital and Mobile Jury. Jean began her digital career by establishing Isobar’s first Greater China office and was the driving force behind the company’s expansion in the region. Now as Global CEO, Jean is responsible for one of the fastest growing, full service digital agency networks in the world. Jean was named one of 30 “Women to Watch” by Advertising Age in 2009; ranked amongst Asia Pacific’s top female talent in 2010 and was most recently named one of the region’s Top 5 CEOs by Campaign Asia Pacific

Talking about her position Jean says, “It’s a great honour and great fun to work with my jury fellows this year at Spikes. I look forward to seeing the most exciting and innovative work in the digital space this year from Asia Pacific.”

Josy Paul, Chairman & Chief Creative Officer, BBDO, India, will preside over the Direct and Promo & Activation Jury. Josy set up BBDO India from the back seat of his car in 2008. Today, BBDO India's brands include some of the most popular names in the country:  Gillette, P&G, 7 Up, Mirinda, Quaker Oats, Visa Debit Cards, Johnson's Baby, General Mills, Aviva Life Insurance and HP. His pioneering work on ‘brand movements’ has already won him ten Cannes Lions in under five years, including the Creative Effectiveness Lion - the only one in Asia.

Commenting on his appointment Josy says, "It is a special honour to be chosen to be the president of Direct and Promo at this year's Spikes Asia. It is recognition of India's contribution to global creativity and I am thrilled to be a part of it. I stand committed to the highest standards set by Spikes Asia and look forward to working closely with the members of the jury to take things higher".

Andy Greenaway, Executive Creative Director, SapientNitro APAC, has been named president for the Integrated Jury.  Starting his career in direct marketing, Andy joined SapientNitro as Chief Creative Officer, Asia-Pacific in 2013. He has won metal in every major award show including 10 Golds and over 150 other awards at Cannes and numerous accolades at other shows including, D&AD, One Show and Clio.

Andy Greenaway says about his role, “There will be no silos in the future. Until then, there is this thing called integration. I'm excited to be president of the category that requires the skill and art of collaboration. Magic happens when different skill sets come together as one and this is the category where that happens."

Mark Patterson, CEO, Asia Pacific & Chairman, China, GroupM, will head up the Media Jury. Mark moved to Tokyo in late 2000, where he was appointed CEO of MindShare Japan. His role was extended to also include China, Taiwan, Hong Kong and Korea before rising up the ranks at GroupM to his current position where he has overall responsibility for all of WPP’s media businesses in the region, including its four media agencies Mindshare, MEC, MediaCom and MAXUS.

About his position Mark says, "I am looking forward to assessing the best of the best in the industry with my fellow jury members. At a time when media is front and centre of brand success and development like never before and the lines increasingly blur between media, content and agencies it will be fascinating to see what is put before us from and whom in this category"

Anyone wishing to enter the awards can find further information on how to submit, along with rules and fees at www.spikes.asia. Spikes Asia takes place from 23-26 September in Singapore.