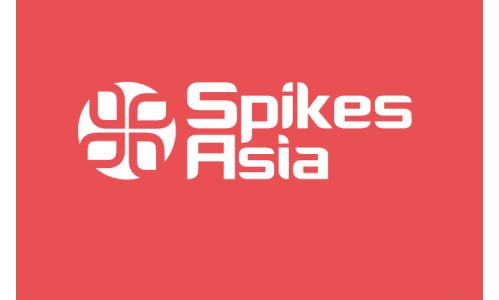 The Spikes Asia Festival of Creativity has announced the final jury presidents, who for the 2014 awards, will lead juries in Branded Content & Entertainment; Craft; Creative Effectiveness; Film, Print, Outdoor & Radio; and PR.

Heading up the PR category is David Brain, President and CEO, Edelman, Asia Pacific, Middle East & Africa. From 2003-2010 David ran the Edelman’s London-based EMEA business, leading its transformation from a traditional PR agency to the region’s social digital communication leader, more than doubling its size. He later ran the firm’s standalone Asia-Pacific business, also doubling its size. David has directed award-winning campaigns for Unilever, Heineken and Jim Beam and has published his first book, “Crowd Surfing: Surviving and Thriving in the Age of Consumer Empowerment”.

About his role, David says, “PR type thinking seems to have been embraced by creative agencies in the region in the last few years. Creative thinking in PR has been slower to catch on, which is why these awards are so important and why I am delighted to help Spikes encourage better creativity in PR.”

Presiding over the Craft jury is Haydn Evans, Founder and Executive Producer, Six Toes, Singapore. Haydn has worked at agencies and production companies in Asia, London and Australia winning awards at Cannes, One Show and D&AD to name a few. Now with Six Toes, Haydn continues to partner with great creatives, directors, cinematographers, production designers, editors, musicians and visual effects artists across the world to produce and craft some of the region's most notable work.

About his position Haydn says, “In recent years craft is getting better consistently across the region but not always to enhance the idea.  This year I think we will be looking forward to seeing more of a partnership between the idea and not using craft just as a technique.”

Matthew Godfrey, President, Young & Rubicam Asia, Singapore, is heading up the Creative Effectiveness jury. Matthew has a proven track record of driving innovation, digital and creativity. During his 21 year career in the industry he has gained extensive experience in building brands and agency business across the Asia Pacific region. He was involved in the start-up Bates office in Ho Chi Minh City, Vietnam and launched 141 Worldwide in Jakarta. Prior to joining Y&R in 2010 he was the CEO and COO of Publicis Asia, overseeing 28 offices in 12 countries across Asia.

Matthew comments, “It’s an honour to be chairing the Spikes Asia Creative Effectiveness Jury and I’m sure it will encapsulate everything that we love about our industry; commitment to giving it our all, the challenge of differing opinions, and inspiration from seeing, and ultimately rewarding, the region’s very best work.”

Connie Lo, Chief Creative Officer – Leo Burnett, Southern China, is presiding over the Branded Content & Entertainment jury. Over the course of her career, Connie has judged at D&AD, One Show, Clio, Dubai Lynx, New York Festival, Spikes Asia, Adstars and Longxi. Her work has also been cited at all major creative award shows including Cannes Lions, Clio, D&AD, One show… etc. Devoted to talent development in the advertising industry, Connie has contributed a substantial amount of time to lecture at universities and write columns on advertising.  She also co-authored and published the book ‘Everything Related and Unrelated to Advertising’.

About her appointment Connie says, “Nowadays with so many attention-seeking contents that try to take your time, I find it remarkable how some actually give genuine value back to their consumers. That’s why the Branded Content & Entertainment category is so exciting to me. It recognises work that not only engages and bonds with you, but also brings to life what the brand is truly about. At Spikes Asia, we will see real insights and human stories from an Asian perspective and at a global creative standard.”

Ted Royer, Chief Creative Officer, Droga5, USA, will lead the Film, Print, Outdoor & Radio jury. Over the course of his career, Ted has worked at agencies in Singapore, Argentina and Australia, working on accounts like ESPN and Heineken. Finally returning to the US, he helped start Droga5 in 2006. The agency has since been named Agency of the Year three times and was the only agency named one of Fast Company’s Most Innovative Companies in 2013. As a Droga5 veteran, Ted has worked on almost every account since the agency’s inception.

Commenting on his appointment Ted says, “I am honoured to be a jury president at this year’s Spikes Asia. Having spent a solid part of my early career in Singapore, it's exciting to return. It will be especially thrilling to see the best of the best work from throughout the region. It's almost ridiculous to call Asia-Pacific one region. Asia is so diverse, expansive and ever-changing. I hope the work proves to be just as diverse and amazing. Also, I miss fried sambal goreng very, very much.”

Terry Savage, Chairman of Lions Festivals says of the presidents, “David, Haydn, Matthew, Connie and Ted complete a line-up of exceptional talent. We’re delighted that they will be joining us in Singapore and leading juries that will ultimately award the greatest creative communications in the region.”

Entries are currently being accepted into Spikes Asia until 25 July. Further details on how to enter, along with rules, fees and categories, can all be found online at www.spikes.asia. Spikes Asia runs from 23-26 September 2014 in Singapore.