'Happiness from the Skies' & 'Share a Coke' heavily praised 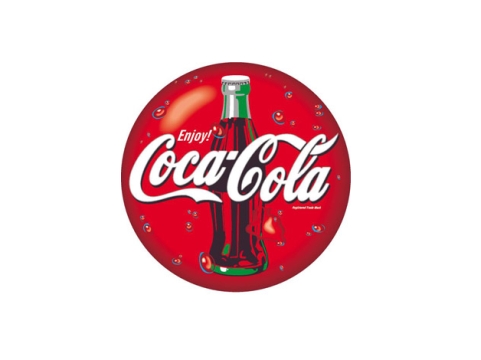 The Spikes Asia Festival of Creativity, has today announced that it will be giving the sought after Advertiser of the Year award to The Coca-Cola Company – Asia Pacific.

“Over the last few years we have seen Coca-Cola bringing home numerous awards for their marketing efforts. The purpose of the Advertiser of the Year Award is to recognise those clients who have distinguished themselves through the quality of their campaigns and innovative marketing; in other words, clients that are not afraid to embrace new ideas. Last year Coca-Cola were awarded 14 trophies across seven of the entry categories at Spikes Asia, proving that this is a well-deserved accolade that they can now add to their achievements,” says Terry Savage, Chairman of Lions Festivals.

The Advertiser of the Year award is presented during the much anticipated Spikes Asia Awards Ceremony, which sees all of the winners announced and honoured and draws the Festival to a close. The Coca-Cola Company’s Peter Schelstraete, Group Marketing Director, Asia Pacific Group, will be present to accept the award, about which he says, “Marketing at Coca-Cola has always been at its best when we touch people’s hearts, not just the heads. We embed creativity, risk-taking and reinvention in our campaigns to deliver meaningful ideas that resonate with consumers. Asia’s diversity offers a hotbed for creative talents, content and innovation to flourish. Hence, we continually challenge ourselves and our creative partners to anticipate and find new ways to express the art and science of marketing. The Advertiser of the Year Award is a testament to the hard work and partnership of our creative leadership, marketing teams and agencies across the region, and we are truly honored. The award goes to everyone who carries Coca-Cola in their hearts.”

The Coca-Cola Company has consistently created significant creative campaigns in the Asia Pacific region with notable pieces including ‘Happiness from the Skies’ which saw a fleet of remote-controlled drones delivering care packages, courtesy of Coca-Cola and the nonprofit organization Singapore Kindness Movement, to construction workers working away from home. In Australia, ‘Share a Coke’ was launched to get Australians talking about ‘Coke’ again and saw thirsty fans clamoring to find their names on bottles of Coca-Cola, Diet Coke and Coke Zero; the campaign went on to win three awards at Cannes Lions and was successfully replicated across the world. This year, Coca-Cola’s innovative FIFA World Cup campaign across Asia Pacific saw Indonesia, Japan, China, Korea, Myanmar and India deliver creative and highly engaging content on social media – one of the highlights was ‘Twitter-Coca-Cola live broadcasting’ from Jakarta.

Spikes Asia takes place from 23-26 September in Singapore. The Festival includes 4-days of inspiring content and learning programmes, whilst the awards offer the chance to see the best of the region’s creativity. Anyone wishing to attend can find out further details and register at www.spikes.asia.