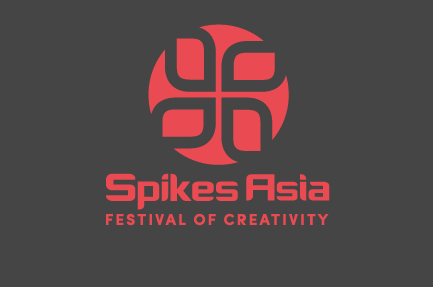 Spikes Asia, the Festival and Awards celebrating creative excellence across APAC, has announced that 4,351 entries from 23 countries have been received across the 18 categories this year.

Increases were seen in the Media and PR categories, while Film Craft was up by 25 per cent which festival chairman, Terry Savage, said showed “the importance that the tools used for telling stories hold in creativity.” On a country level, Indonesia, Myanmar, South Korea and Vietnam have emerged as the growth countries with significantly increased entry numbers.

“Two areas that have seen a decline this year are the Print and Outdoor categories,” continued Savage. “We also saw this on a global level at Cannes Lions earlier this year. It may be that the well-documented challenges of these media are behind the decrease but as with Cannes Lions, it is perhaps too early to draw any hasty conclusions from this data.”

The Innovation jury have already been at work and voted on a shortlist ahead of the Festival. Forty seven entries were received and from these, 11 have been shortlisted from Japan, China, New Zealand, Australia, Singapore, South Korea and Indonesia.

Judging of the Innovation shortlist takes place live in Singapore, when entrants will present their ideas to the jury and compete for the chance to take home a coveted Spikes Asia trophy. Delegates at Spikes Asia will have the unique opportunity to sit in on and watch the presentations.

All of the jurors will meet in Singapore to judge the entries and decide on which have proved ground-breaking and innovative enough to take home a trophy. As the juries make their decisions, the shortlisted work will be available to view through digital and physical exhibitions throughout the Festival. The Awards Ceremony will reveal and celebrate the 2015 winners. Taking place on 11 September at the Ritz Carlton Ballroom, the ceremony is open for all delegates to attend.

Further information on the Spikes Asia Festival and Awards can be found at www.spikes.asia. Spikes Asia takes place from 9-11 September with delegate registrations still being accepted through the website.