Spikes: A Round Up by The Mill Executive Producer Tom Gibson 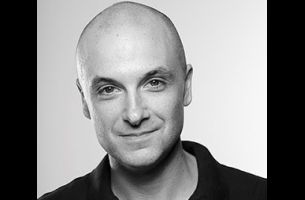 Each year Spikes provides an invaluable platform for networking and the exchange of creative ideas, attracting some of the industry’s most innovative thinkers. This year the festival played host to an action packed schedule of forward-thinking seminars by a variety of influential figures as well as training sessions and various exhibitions.

The Mill’s Tom Gibson, an Executive Producer based in Asia, attended the event and was also invited, alongside six fellow jurors, to judge the Film Craft category. After pre-judging 200 pieces of work at the preliminary judging stage, the panel met in Singapore to shortlist, discuss and debate the work over two days before making their selections.

The standard of work on show this year across all twelve Craft categories was extremely high, making the task for the judging panel a tough one.

With so much strong work in the mix, the panel had to be incredibly diligent with their selection of Gold, Silver and Bronze awarded work. This year’s Grand Prix winning film was, however, a stand out amongst the other entries. Shiseido’s captivating film, ‘High School Girl’ awarded to Watts Of Tokyo, unanimously won over all of the judges and is a truly great piece of work.

After much deliberation three Gold’s were awarded. Two were offered for Australian pieces, Old Spice ‘Rocket Car’ entered by Revolver in the Directing category and Foxtel’s ‘Date Night’ entered by Finch in the Editing category. The other Gold was awarded to the Japanese company AOI Pro Tokyo for Mamametal ‘Coming Home Late’ for Use of Original Music and a further 8 silvers and 15 bronze awards were given across the remaining categories.

Once the business side of things was taken care of there was an abundance of events to attend including a huge dance party hosted by Dentsu Aegis Network, which was the perfect end to perhaps, the best Spikes Asia yet!

To view all of the winning work click here and to see the full schedule of events click here.