The people, the parties, the unmissable talking points 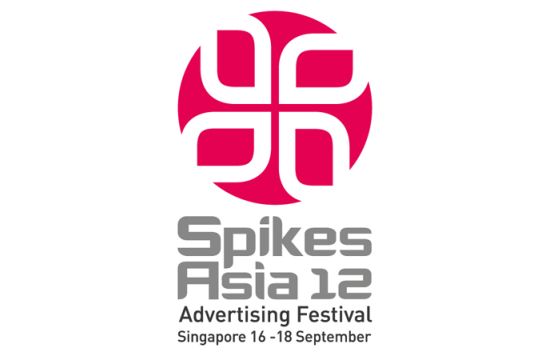 Much like its island host, the Spikes Festival is densely packed and thriving with activity. Over three days, 86 speakers will take to the stage at 47 seminars as the ad world gathers to celebrate the very best of Asian creativity. With so much going on and events overlapping it’s going to be tough to decide which seminars and forums to attend and what to sack off for a sneaky Singapore Sling. With that in mind the LBB team have scoured the listings to put together our guide to the best of Spikes.

View all Spikes info at: http://www.spikes.asia/
Forums and Seminars
Sunday
1435 ‘How Unilever is Leveraging the Power of Consumer Creativity’
When one of the world’s biggest client speaks, it makes sense to shut up and listen. Ishita Sharma and Neil Trinidad from Unilever discuss the impact of crowd-sourced creativity and how it is challenging and changing their relationships with agencies.
1710 ‘Eye on Global Asians: Oxford MBA, Stand-up Comedy and Advertising – Have More in Common Than One Would Believe’
Grey Group host special guest Papa CJ, the comedian described as the ‘Indian Chris Rock’. Chief Exec of Grey Group Pacific Asia chats to the acerbic comic about the parallels between adland and stand-up.
Monday
1000 ‘Ogilvy DO Debates – Inspire or Else’
LBB’s 5 Minute With interviewee David Mayo takes to the stage to host a fascinating debate on the evolution of storytelling in the digital and social age. He’ll be joined by controversial filmmaker Todd Solondz and James Thompson, Diageo’s CMO for Asia Pacific.
1200 ‘The Mobile Love Affair: How Mobile Is Shaping the Future of Shopping’
Smartphones are overtaking desktop and laptops, and this seismic shift demands a total re-think of digital advertising and consumer behaviour. PHD’s Guy Hearn explores this change and demonstrates how Asia is leading the pack.
1400 ‘The Future of Advertising isn’t Advertising’
AKQA CCO Rei Inamoto blasts the surprising lack of creativity inherent in the creative industries and sets out his vision for the future. The principles of his New World include creating stories through software, building marketing into products and having brands respond to the demands of human behaviour.
Tuesday
1000 ‘President’s Address: Amir Kassaei: The Relevant Truth’
DDB Worldwide CCO Amir Kassaei kicks off the series of ‘Presidents’ Addresses’ that take place on the final day of the festival. He talks about the true goal of advertising, the mission to render brands and business relevant, and discusses the responsibility and challenges that this mission presents in a changing world.
1510 ‘Who Are More Creative, Brands or Consumers?’
Y&R have chosen to tackle the elephant in the Spikes room – the relative conservatism of brand advertising in Asia. Though restrained, traditional consumer attitudes are often blamed, Matthew Godfrey, Calvin Soh and Kestrel Lee demonstrate that Asian consumers may be far more open-minded and creative than brands give them credit for.
1635 ‘Yangtze Study: Understanding and connecting  with Lower Tier Chinese Consumers’
OK, hands up, this is a bit of geekfest on our part but though this seminar hosted by Starcom MediaVest Group might have the driest title in the programme, it promises to get under the skin of the Chinese market. Starcom’s Jeffrey Tan talks through a vastly ambitious research project which saw the team interview and observe over 13,000 consumers.
1900 'Spikes Asia Awards'
The main event of the week showcases the best of the fest at the Grand Theatre, Marina Bay Sands.
Parties
Sunday Night
Real life social networking at Facebook’s Singapore HQ where delegates can mingle and have a nose around and post incredibly meta status updates along the lines of ‘OMG I'm Facebooking about Facebook, LOL’. LBB’s top tip: No poking.
Monday Night
OK, so we’ve been struggling to get our heads round this, but Monday night sees six agencies compete against one another to see who can throw the most popular party. JWT, McCann Worldgroup, TBWA, Lowe Asia Pacific, Ogilvy & Mather and Vivaki will embark on an arms race of epic proportions as each agency does its best to host the most extravagant, creative and enjoyable event. LBB will be propping up the bar at the McCann Worldgroup event, so as far as we’re concerned there’s no competition. Come and say hi.
Tuesday Night
The glitz, the glamour, the shiny, shiny trophies – after getting all dolled up for the big awards show on Tuesday night it would be a shame for all that effort to go to waste, so might we suggest popping along to the Avalon nightclub for the Leo Burnett-sponsored after party?
Tech
Spikes Asia App
Don’t miss a thing with the Spikes Asia App, which will keep you updated with photos and news from the festival .

Spikes Asia Youtube Channel
For those of us who have not been lucky enough to attend the festival in person, the Spikes Asia YouTube Channel will be constantly updated with interviews and seminar videos. Grab some Singapore noodles and get settled in front of the computer. It’ll be just like the real thing.
view more - Creative