Spence and Spence Launch All 4 on Google Chromecast 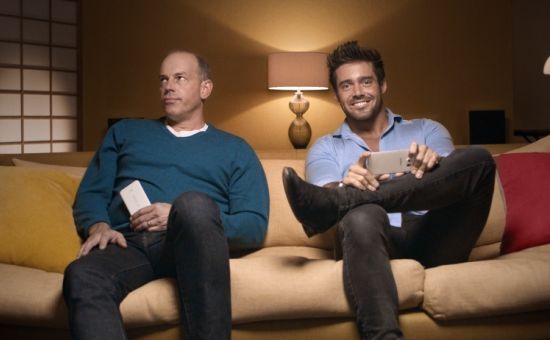 Channel 4, in partnership with Google, today announces that All 4 - home of all of the broadcaster’s channels and digital services - will be available on Google’s media streaming device Chromecast, in the run up to Christmas.
From Tuesday 24th November 2015 viewers will be able to use their Android mobile device or Chrome browser on their computer to cast their favourite Channel 4 content directly to their TV, using a Chromecast dongle. The service will be available from the All 4 iOS app in mid-December.
Ahead of the launch a brand new ad campaign starring Made in Chelsea socialite Spencer Matthews and Channel 4 property guru Phil Spencer will debut on Channel 4 in peak time on Friday 20th November during Chris Evans’ extravaganza TFI Friday.
The humorous 30 second ad copy, produced by creative agency The Outfit, imagines a world in which the two Spencers are flat mates fighting over what to watch, demonstrating the breadth of content available across All 4 as well as the functionality of Google Chromecast.
Carl Pfeiffer, Head of Distribution for Channel 4, said: “We know that Chromecast functionality has been a popular request of All 4 users, so we’re delighted to launch this side of Christmas.”
Dan Saunders, Head of Chromecast, EMEA, at Google said: “Chromecast makes it easy to cast your favourite Channel 4 shows to your TV right from your phone, tablet or computer.”
Chris Braithwaite, Agency Principal, Channel 4 said: “We’ve enjoyed working very  collaboratively with Google on this campaign and, with the help of Channel 4’s Spencers, the creative shows  a new and innovative  way to consume All 4 content”
Niall Murdoch, Founding Partner, The Outfit said: “Working with the two Spencers gave us lots of scope for comedy, and allowed us to demonstrate a taster of the great programming available on All4 that can now be accessed on Google Chromecast, all wrapped up in the kind of entertainment that only Channel 4 can deliver".”