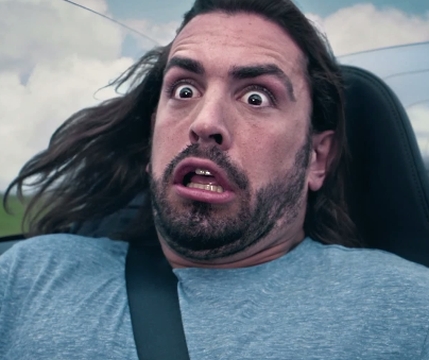 In its ninth year, JOHNNIE WALKER’s sponsorship of McLaren Mercedes is a huge success, built around the brand’s core purpose of ‘inspiring personal progress’ and has achieved fame and scale, advocacy and a positive shift towards the brand’s premiumisation. However, in a competitive landscape it is more important than ever to win at point of purchase and continue to recruit shoppers to JOHNNIE WALKER through the sport.

The film was created to promote an exclusive JOHNNIE WALKER driving master-class, launched first in the UK in a retail partnership with Tesco (but soon to launch in other markets worldwide), and dramatizes the experience of driving with a world champion in one of the fastest cars in the world.

Adrienne Gammie, Global Marketing Manager Sponsorships, JOHNNIE WALKER, DIAGEO said of the launch: ‘Compelling reasons to buy for shoppers at point of purchase is key for continuous recruitment into JOHNNIE WALKER.  For this campaign we wanted to maximize our sponsorship assets to create a disruptive experience that would stand out in a retail environment (on and offline) and drive shopper to the point of purchase. Iris has done just that – and delivered stunning content that can be adapted across all consumer and trade touch points.”

Shot in ultra slow motion the film shares scenes of people in the passenger seat of a McLaren 650S supercar – we see a panicked face at first, then opening up into sheer exhilaration and unbridled joy, as the driver of the wheel is revealed to be Jenson Button – all set to the soothing soundtrack of ‘Trust in me’ by Etta James.

Each reaction is shot in incredible detail thanks to the high speed Phantom camera utilised by production company Firecracker Films and directed by Nigel Simpkiss (a Top Gear Director).

Grant Hunter, Regional Creative Director APAC, iris said: “A Driving Masterclass with Jenson in a McLaren 650S is a genuinely awesome prize – we wanted the film to capture the visceral response the winners will experience. Having the Phantom camera on the bonnet of the Spyder helped us record some really amusing reactions to Jensen’s driving.  All in line with the Johnnie Walker ‘Keep Walking’ philosophy – we wanted to create a once-in-a-lifetime experience that also delivered a unique mentoring moment.”

Targeting whisky drinkers and fans of the brand, as well as those that appreciate the world of Formula One, the campaign is centred on winning the driving master-class.  This concept will be built into visual assets and adapted locally to hit multiple shopper touch points through out the customer journey on Tesco’s digital sites, outdoor and in store.

The film was shot at the Rockingham Race Circuit and involved mounting the camera on the bonnet of the McLaren supercar.

iris’ Singapore office has been delivering creative and content campaigns for the brand’s McLaren Mercedes sponsorship for a total of eight years to date.

The network has also built participation into a number of DIAGEO’s key brands including J&B, Parott Bay, Smirnoff and Baileys.

Andreas Nilsson Urges Humans to Escape Earth and See the Worlds for Meow Wolf's Transdimensional Travel Ad
Bossing It: Jamie Simms on Why Transparency Is Key
5 Minutes with… Kelly Graves and Andrés Ordóñez
Back to Soho: Tag’s New Offices Usher in the Excitement of Returning to Work