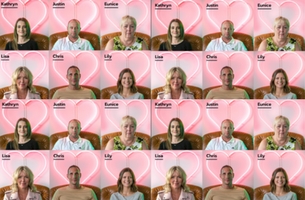 The new Speed Donating campaign film from Jamie Delaney stresses the importance of organ donation, highlighting the number of people who are in urgent need of assistance.

According to EU research approximately 86,000 people across Europe are waiting for a life-saving organ transplant. Unfortunately, 16 of them will die today because they won’t find their match in time. Yet it will take you just minutes to sign-up to become an organ donor.

The campaign mixes humour and the juxtaposition of speed dating and organ donation. Jamie also shot a series of shorts speaking to people who've been saved by donors, and are waiting for transplants. You can find out more about the campaign and how to become an organ donor here. And view more of Jamie’s work here at RSA Films.