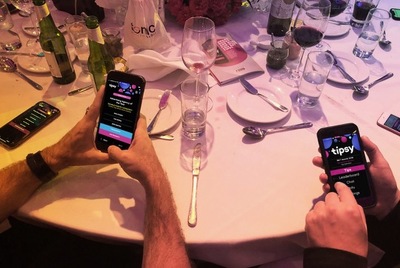 Award shows are filled with glitz, glamour and celebration. However audiences often find themselves tuning out after their nominated categories have passed, when ideally they'd stay engaged throughout the entire evening. So to solve this, and to make sure even people who aren't there on the night can still be part of the fun, Special Group and Nakatomi have teamed up with the launch of Tipsy.

Tipsy is a free event-based tipping app that lets you pick winners in each award category for the chance to win cash prizes. Users enter their selections at the start of the night, then follow the results throughout via a live leaderboard.

The app debuted last week, where Chris Howatson, CEO of Che Proximity, correctly tipped 17 of the night's 35 categories, winning the $1,000 cash prize sponsored by Uber Eats.
VIEW THE CONCEPT
GET THE APP

Says Howatson: "Even when you don't win an award, Tipsy means you can. It made the whole night a lot of fun!"
Says Cade Heyde, managing partner, Special Group: "We were really stoked that Tipsy was such a hit on debut. It's a bit of fun and a great companion app, gamifying any live event - award shows, broadcasts and more."
Tipsy is now available for all future live events and award shows, beyond just the advertising industry. Those interested in having Tipsy active at their event or award show can contact cheers@tipsyapp.com.au. view more - Creative