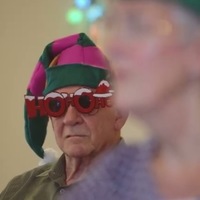 Spark has launched a new campaign via Colenso BBDO, which sees Santa recruit a team of old friends to give him a hand answering calls for real - friends who just so happen to be the elderly residents of Metlifecare retirement villages. They'll be manning the line for a few hours a day, 5 days a week, right up until Christmas.

For the last 24 Christmases, Spark's Santaline has received hundreds of thousands of calls yearly - all from excited Kiwi kids, eager to make sure Santa gets their wish-list. But because Christmas is Santa's busiest time of year, those calls have always gone straight through to voicemail, until now.

Colenso BBDO chief creative officer Levi Slavin says that when it came time to find Santa's helpers, they knew exactly who they wanted to ask.

Says Slavin: "With at least 70 Christmases under their belts, they were the most experienced candidates by a country mile. Luckily, the job had enough perks to lure them over. And we hear Santa makes a pretty good boss."

Says Frith Wilson-Hughes, social communications manager, Spark: "We're so pleased that we can use Santaline to connect two completely different groups of people - kids, and the elderly - in such a magical way. And no offence to Santa, but after 24 years of voicemail, it's very cool to finally have someone pick up.

The campaign has launched with a film on Facebook and Instagram. The phone's been ringing off the hook - with call volumes up a staggering 40% on this time last year. 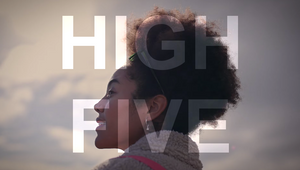