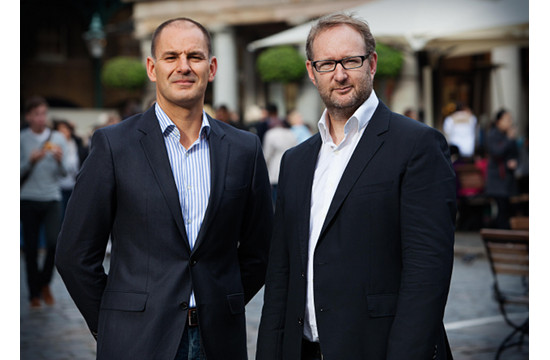 Jason Nicholas, former Billington Cartmell Group MD, has joined Space, the award-winning creative agency, as joint Managing Partner.  Nicholas joins David Atkinson, co-founder and Managing Partner, to lead the agency and drive its growth agenda.  The agency was founded in 2003 and is completing its tenth year.

During his 15 years at Billington Cartmell, Nicholas was instrumental in building it into one of the biggest and best independent agencies in the country.  His 25 years’ experience in the industry also includes a client-side role as marketing controller at Diageo.

David Atkinson says: “Jason has always been my ideal business partner ever since I first conceived the idea for Space, but he has never been free to consider the role until now.

“I’m very proud of the success that we have achieved over the past ten years, the great campaigns we’ve created, the awards we’ve won, and especially the clients and colleagues that have worked with and continue to work with Space.  However, I’ve always known that a second engine is needed alongside me to realise the ambitions that I have, and that Jason now shares, for the business.”

Atkinson continues: “Jason is one of the best agency leaders I’ve met and had the pleasure of working with. He’s a brilliant all-rounder, equally at home plotting brand strategy for clients or coming up with ideas.  His mix of client and agency side experience gives him a strong appreciation of the needs of both, which offers him a good perspective on developing strong agency client relationships.

“Moreover, he has spent years achieving high performance with one of the best and most established agencies in town. Having Jason join the Space team as we celebrate our tenth birthday is a real milestone.”

Jason Nicholas adds: “I’ve watched Space grow and flourish over the years; attracting world class clients such as Heineken, NIVEA, Samsung, Telegraph and Lufthansa and delivering award-winning creativity.  I’m really excited about its potential and look forward to realising its ambitions and those of its clients.”

Another key member of the management team is director Suzy Hughes who has supported David Atkinson since 2009 with a general management remit.  Moving forwards, her part time involvement will focus on NPD and innovation. Alongside Atkinson, Nicholas and Hughes, the senior leadership team at Space includes Head of Client Services Jim Carless, Creative Director Mat O’Brien and Group Account Director Sean Kelly.