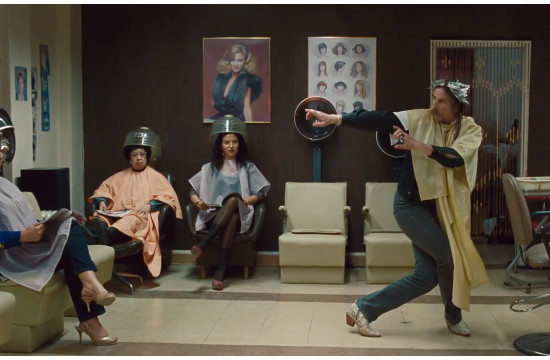 Wieden+Kennedy New York has launched its latest spot for the Southern Comfort 'Whatever's Comfortable' campaign. Titled 'Karate', it is the campaign's third spot, and launched in Australia on TV this week and will be rolling out globally over the next few months.

For the campaign, the agency is casting people that naturally embody the Whatever's Comfortable attitude. The character in launch spot, 'Beach', was an example of that. The next character - a man getting his hair gently washed in 'Shampoo' - is also a great example of that. This ethos is further lamented in 'Karate'.

The actor was chosen for the role after the creatives at Wieden+Kennedy saw his casting tape during the casting process for 'Shampoo', in which he did karate - he clearly embodied the Whatever's Comfortable attitude. Wieden+Kennedy creatives and director Tim Godsall, who has directed all broadcast creative for the campaign, quickly got to work writing a second script to fit who he naturally was. The song featured is called 'I'm a Fool to Care' by Les Paul & Mary Ford.

There is set to be more creative coming in 2013 celebrating the Whatever's Comfortable attitude.