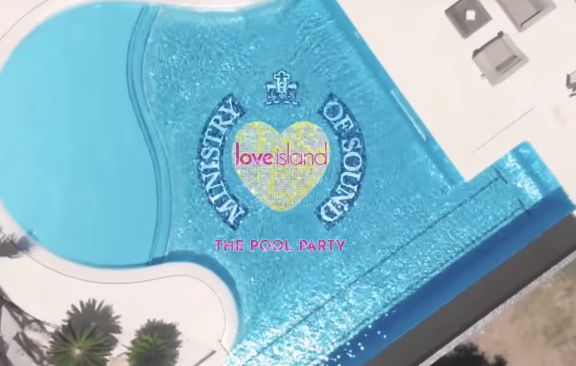 London music production company A-MNEMONIC works for all sorts of clients composing music and creating audio identities for brands and TV shows, but there is one project that has come to define them in recent years. In 2015 they composed the theme tune for a brand new dating show called Love Island. And every day they’re reminded of it.

Founder and composer Toby Jarvis says that for years their email inboxes and office phone have been inundated with people asking where they can buy the full-length theme. And as the show has grown it’s only got more intense. The company has had to set up automatic replies to deal with the demand because all of these requests were met with a no. The bouncy Ibiza club track they wanted to soundtrack their summer parties with just didn’t exist - only 20 seconds of it was ever composed.

It started for A-MNEMONIC three years ago. ITV came to them asking for a 20-second theme tune for a new programme format. They didn’t know exactly what they wanted, which is pretty standard, says Toby. “That’s why people come to us. They don’t know what they want and why should they? They had an idea that it should be a bit clubby, a bit Ibiza, and that seemed like a good start, but we wanted to make it a bit odd and have an anger - a tension - in there.”

Toby’s experienced in theme tunes, having previously composed them for shows as diverse as Question Time, Survival of the Fittest and Dating in the Dark. He explains theme tunes’ iconic place in culture: “It’s the repetition that does it. Whether you like something or not, if you hear it enough it gets in there. There are some terrible theme tunes but you know them so well because they’re on.” The key to a good one? “Tell your story, quickly and succinctly, make it catchy and get the fuck out. Give something away about the show but not too much. [For Love Island] it’s an Ibiza club. It’s got a bit of tension and an interesting sound that piques your interest.”

Working with composer Andrei Basirov (AKA Sugar Jesus) in the two-hour window when the pair’s working days line up between London and Vancouver, Toby put something together to ITV’s brief and delivered it. Two days before the show was due to go live from Majorca, ITV rang A-MNEMONIC. “They said the commissioning editor hates the music,” remembers Toby.

He and Andre scrambled something together to the almost impossible deadline, not knowing the theme they composed would become a key component to an international cultural phenomenon. It wasn’t until they watched the first episode live that they discovered ITV had kept the original track as the closing titles and used the newest composition as the title theme.

For a theme tune to become iconic the show itself needs to be a success. Toby was sceptical when he watched Love Island’s first episode. He gave it eight episodes before they pull it.

He was wrong, of course. Now galloping towards the final of season four, the show has pulled as many as 3.4 million UK viewers. Toby attributes that to stations like ITV being uniquely able to nurture a title. “It’s amazing how you can grow a show that has no history,” he says. “Which is why stations like ITV and the BBC are so important. In America they’d just get pulled. I take my hat off to those people, when they see the viewing figures and then they go to their bosses and suggest a new season.”

Love Island is well and truly entrenched in British pop culture now and it’s spreading. So far, the franchise has been exported to Australia, Denmark, Finland, Germany, Norway and Sweden. It’s found an interesting position as a platform for the music industry too.

“Every record company under the sun wants their records on this show,” says Toby. “It’s the nearest thing we have to Top of the Pops [the classic UK chart show that ran from 1964 to 2006]. I think Love Island’s one of the few shows where you can hear new music, so they have every record company falling over themselves to get their product on the show.”

After three years of their inboxes being flooded with requests for the theme tune, A-MNEMONIC caved and composed a four-minute version from each of the short clips they’d started with three years ago - the opening and closing titles. “We were sick of telling people no,” says Toby. It was a wasted opportunity. “People are willing to pay for it,” he told ITV. They agreed.

Eventually, a deal was struck with Ministry of Sound to create a compilation album - the perfect musical accompaniment to a Majorca villa full of beautiful people looking for love. It was a great fit, as Toby points out. “Ministry have always advertised their records in the breaks because the audience is perfect.” And of course the title tune had to feature, “otherwise it’s all a bit silly,” says Toby.

Another new experience for A-MNEMONIC was the drama of a leak. One of the full-length tracks somehow got out onto the Internet, racking up 15,000 views on YouTube before it could be taken down. “You could tell by the way it was uploaded that it had currency,” says Toby. “I was fuming.”

To this day those 15,000 plays are the only public airing A-MNEMONIC’s elusive full-length track has had. The one that ended up on the album isn’t the original - it’s a remix by London production duo iLL BLU. “I imagine people might be calling out for the original version,” says Toby. Never say never though. “We’ve had lots of DJs asking for the stems (‘It’d be so cool to drop this in my set!’). I’d love to, but we can’t give this stuff away,” says Toby. For now, the DJs will have to settle with the remixed version to soundtrack their Love Island-themed pool parties. In the meantime, A-MNEMONIC’s inboxes are still going to feel the strain.