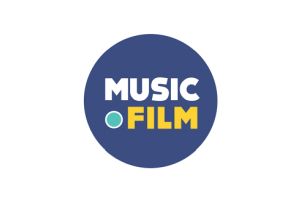 Today, film soundtrack licensing platform MUSIC.FILM announces its launch. Brought to you by Cutting Edge Group, and with over 10 years experience investing over $30m in score and original soundtracks, Music.Film launches to provide the destination for licensing great film scores for secondary usage across all media types.

From Gershwin’s Rhapsody in Blue at the beginning of Woody Allen’s Manhattan, to Hermann's score for Psycho and the opening orchestral strains heralding the scrolling text of Star Wars: A New Hope, music and film have always gone hand-in-hand. The two art forms are inextricably linked in our consciousness; something symbiotic and codependent that creates moments of magic. Music.Film aims to be the place to educate, inform and participate in this space by regularly keeping its followers up to date with all the latest developments through interviews, events and news, whilst allowing potential licensees access to a world class, one stop catalogue, that includes score from classic films like Star Wars, Back To The Future, Mission Impossible and Titanic to modern classics Drive, Sicario, The Kings Speech and Arrival.

Cutting Edge Group, through the launch of its new MUSIC.FILM website, is in a position to revolutionise how movie soundtracks are licensed for secondary use in TV programming, advertising, games, trailers and other commercial contexts. Traditionally, such use of major film scores has often been beyond the scope of existing GEMA / GVL blanket licences, but because they control both master and publishing rights, Music.Film is uniquely placed to break this mould and allow extended use of their repertoire.

To celebrate the planned February 2017 launch of the site, a packed schedule of events for 2017 have been announced with an exclusive screening of the Oscar-nominated Arrival at Berlin’s Soho House, with a Q&A interview with composer Johann Johannsson. The event, taking place on 2nd February 2017 will engage the cream of Germany's music licensing community.