Baay joins the creative production studio as a Partner 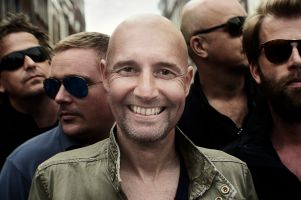 Why Ambassadors, and not to another player – or as a one-man show? According to Baay, "Ambassadors has all the crafts under one roof and the company is growing. Besides that I’ve been on good terms with the Ambassadors sound guys for years. I’ve known Ed (Meijaard)  since the early days when we were both assistants. Over the years there has been a healthy competition between us. As we both played in the same league, we frequently worked on projects or parts of it together (music, voice-overs), partly because customers demanded it," he laughs. "They preferred a dream team."

Why did Ambassadors join forces with Marco? As Ed Meijaard, co-founder of Ambassadors says, "In short, Marco is a Champions League level creative. He brings an international network of contacts with which we can make new strategic moves."

More details on the arrival of Marco Baay can be seen in this Adformatie article.