Dharmesh Rana, marketing controller of world beer for the Carlsberg Group, explains this year’s continuation of its Life Rich campaign 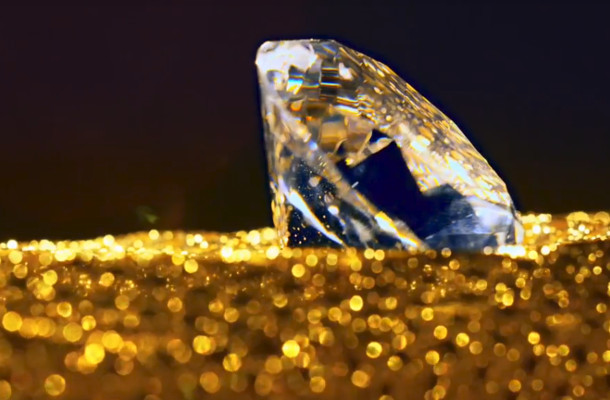 Last week San Miguel announced the return of its ‘alternative wealth’ approach to marketing with a new invitation to consumers to ‘Find their Rich’ and challenge traditional preconceptions of wealth. Launching with a cinema ad created by London ad agency Pablo that calls into question our associations with the concepts of ‘wealth’, ‘rich’ and ‘happiness’, the campaign represents the third summer push of the campaign focused around their Rich List - a collection of individuals who possess a wealth of experience, rather than the traditional, financial kind - the pinnacle of the brand’s values personified.

This summer will also see a brand new experiential event concept featuring “micro expression tracking” technology set to visit UK cities, including London, Manchester and Edinburgh, taking the campaign directly to the people, so to speak, and encouraging them to confront their real feelings on the subject of wealth.

LBB> This is the third summer push for the ‘Life Rich’ campaign. What were your priorities taking it forward as a brand this year?

DR> This year it was very much about how we step it up and take it on even further. The premise behind the thinking is all about taking it up a level and going back to the core insight: the fact that more and more people are placing more value on experiences rather than material possessions. Our thought process was around what we do with that. I think where we’ve landed is this premise around taking it out to consumers in the form of more of a social experiment, really asking the question of our consumers: what really motivates them? Is it material wealth or is it wealth gained by experience? And then hopefully discovering something a bit more about themselves as a result of that experiment.

That’s the creative thread. It’s a full above-the-line campaign. The cinema campaign launched last weekend nationwide with that creative thread running through it that plays with the idea of traditional wealth and shows through film the more spontaneous things that come to mind when you have words like ‘wealth’, ‘rich’ and ‘happiness’ in front of you. And starts to really ramp up that visual representation of those. Then the film enters into the San Miguel way of seeing things - the ‘alternative wealth’ side of things. ‘Rich’, ‘wealth’ and ‘happiness’ - what that means for us as a brand.

LBB> So that’s the film that will run in cinemas and online. How does the experiential thread tie into that?

DR> The whole idea around experiential is really going quite deep and immersive to bring that experiment to real life. With a cinema ad and even to a degree with the digital and social films they’re still quite one-way. The idea around the experiential is to really get people to discover something about themselves. What we’re trying to do is test the senses, so you’ll go through a series of ‘tests’ to discover is it the rich, luxurious things in life that really get you going and motivate you? Or the simpler things in life that get you motivated?

You go through a few of those experiments with taste, touch, feel. It will then all feed into some technology and at the end it spits out a rating of some sort that says, for example you are 78% more motivated by material things in life. You might be thinking you’re an experience seeker but actually when it comes down to it, your brain and facial expression is telling us you really like fancy cars and that sort of stuff. Or vice-versa, it might be telling you you just want to get out of the office and discover the world. So hopefully it tells people a bit more about themselves.

LBB> So it’s like a lie detector using ‘micro expression tracking’ to read your true feelings, despite what you might say about your values?

DR> Absolutely. I think most people would say, ‘no, I’m not really motivated by the fast cars and all that sort of thing. I’m more about spending time with my friends and the relationships I have.’ But actually when push comes to shove and you take the test… it’s the science and technology behind it which is the interesting hook for me. It really allows you to play on that ‘I didn’t think I was like that!’ feeling.

LBB> Which seems quite relevant to our times when you can look at Instagram and see people living the most amazing looking lives.

DR> Instagram is a fantastic example. You’ve got the culture of selfie takers that will take pictures of themselves in front of yachts and fancy cars - the bling world, if you want to characterise it - but you’ve also got the experience rich of people who are travelling the world seeing amazing views, discovering and meeting amazing people. And they share that on Instagram in the same way. Both are rich. You could argue that both create happiness in that individual and they are both wealthy as a result of that.

Our view as a brand is that there is this alternative and we’re really proud of that. We’re a premium brand, but we’re a brand that places experience at the heart of everything we do. So if you like us, choose us at the bar or at the supermarket because we reflect what you stand for.

LBB> Two years on from the start of the Rich List proposition, how have people reacted to it and what have you learnt from?

DR> Going into this year, one of the big questions was: do we do the Rich List again? Has it had its day or is there still mileage in it? Fundamentally I’m a numbers man. I come back to measurement of equity and performance. So I looked at the numbers and all the image statements since the campaign started. We measure loads of different things, but key statements like ‘want to be seen drinking’, ‘encourages you to get the most out of life’, ‘lager with superior quality’, ‘has values I can identify or connect with’ - all those sorts of things have moved forward and significantly forward in some instances. Some of them have doubled in terms of the number.

Then we look at equity. From that perspective our spontaneous awareness has grown 3% over that period. That hasn’t happened for many other brands. You’re seeing people say they’re prepared to pay more for this brand or that it’s worth more than they’re already paying. I wouldn’t say it’s the Rich List campaign in isolation but it has contributed, especially to some of the more image-based things.

That isn’t to say it’s all fine and we shouldn’t change anything. The reason we’ve changed the focus a little bit and taken it to the experiment is, we’re really proud of the stuff we’ve done over the last couple of years on the campaign, but we were asking how we get it to more people. How do we make the thought or the insight really simple? The people that featured in our Rich List are the pinnacle. They’ve done 15, 20 years, committed to something. But how do we get you and I motivated and connected? [Many] people don’t have 15 years to dedicate to doing something. They just want to know how to be part of this world, understand a little bit more about the brand so they can buy into what we stand for. That’s why we decided to take it back up to the broad consumer insight:

People are completely motivated by experiences. People are spending more and more of their leisure time to have amazing moments whether that’s with friends, family, alone, travelling, at home, through food, through drink, through everything they do.

The motivation was for us to take that and make it work for us. That’s why we came up with the creative concept of showing alternative wealth through a more direct lens.