Sorry, Not All Black Men Are Like Morgan Freeman 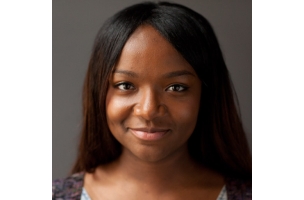 For some reason I feel compelled to write on this. I saw this recent Rubicon ad, and you’d agree, nothing outrageous here; a small cast, 30 seconds long.  But something stood out to me, a familiar character.  A character I’ve seen again and again and again.  A character that has been perfected by Morgan Freeman, commonplace on our movie screens and has since made its way into our advertising - the ageing black man, narrating with a low voice.  And I thought: ‘When did Morgan Freeman become the benchmark of an archetypal societal patriarch?’

OK, I’ve edited the actual thought to make it sound deliciously intelligent, but the question remains.  And just in case you hadn’t noticed, in recent years Mr Freeman has always been the voice of authority:

Never seen it, but Wikipedia tells me he’s the main character and narrator, typical Freeman.

Fun fact, in the book version Freeman’s role was written as a middle-aged Irishman with greying red hair.  However the Director cast Freeman for his authoritative presence and demeanour.  Point and case.

Can’t get more authoritarian than this.

He’s so good at being the ultimate authoritarian; he was paid to do it twice.

It seems even before President Obama made history, Morgan Freeman was there changing perception; whenever you need an authoritarian figure with a sincere deep voice of reason, the gravelly tones of a freckled (mainly) African American male is the best choice.

Am I upset by this?  No.  As a black person working in advertising I’m glad there is a new typecast for black people opposed to the chicken eating, grill wearing, ineloquent son of a gun.  Oh wait, that still exists.

For me, it is a typecast that is more than welcome, but my question is – when will typecast end?

We are all guilty of following the norm and creating advertising that is safe and ultimately always the same.

But why can’t we cast black males as likely lads, down the pub having a drink, chatting with their mates, chasing skirt and eating a kebab?This spot for Grant’s whisky for a Sub-Saharan African audience tells the story of a few pals, having fun.

But the men seen in this spot are no different to the black men we know personally.  Yes there are the Morgan Freemans and yes there are black men who eat chicken (thanks for reminding us KFC), but we shouldn’t ignore the majority – our colleagues, our friends, our typical Joe Bloggs whose grandparents were born in sunnier lands. I can’t say all advertising is guilty of typecast.  Although I tried my best to think of a British ad that depicts a black hero as a typical lad’s lad, I couldn’t. (If you can think of one, tweet me @hannatammuz.)  But despite this, worldwide advertising is exploring and depicting societal realities more and more.  Same sex relationships, interracial couples, and the image of friendship groups of mixed ethnicities are increasingly regular features on the silver screen.

And so they should be, like seen in the African Grant’s whisky ad isn’t it time to see a new kind of black male in our advertising, the normal kind?

As advertisers we have the opportunity to break the mould, shake up stereotypes, debunk generalisations.

Believe it or not, we can do all the things you hear in motivational speeches that would like to overthrow white middle class ideology within the media.  But when will we?  Let’s ask Mr Freeman.

Hanna Davis is an Account Manager at FCB Inferno