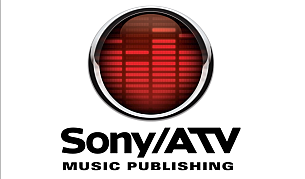 The Pennsylvania-based talent is shaping up to be one of the biggest new breakout music stars of 2018, having scored his first two Billboard Hot 100 hits and reached the U.S. Top 10 with debut studio album Life Of A Dark Rose.

Sony/ATV Vice President, Creative Ian Holder said: “Skies is special. As much as we love what he’s doing right now, I believe he’s only scratching the surface. I think when we are able to look at his body of work years from now, we’ll find an artist who continues to evolve.”

Lil Skies said: “Signing with Sony/ATV was life changing for me. We are about to make history.”

Lil Skies’ manager Carlmichael “Stokey” Cannady said: “Having my artist sign with Sony/ATV was one of the best decisions I have made. I hope this feeling lasts my whole career.”

Born Kimetrius Foose but adopting a professional moniker in salute of his musician father “Dark Skies”, 19-year-old rapper Lil Skies has progressed in little more than a year from posting mixtapes online to a major label deal, Top 10 album and headline tour.

His recording agreement came about just several months after the aspiring star had reached a defining moment in his young life while studying at Shippensburg University in his home state of Pennsylvania. There Skies, inspired by rappers like 50 Cent and Lil Wayne, had built up such a following for his music among the fellow students that it eventually led to an opportunity to open for Fetty Wap at a concert in the university. The impact of this momentous event was so great on him that within months of the concert taking place the straight-A student had quit his studies to concentrate on his music full time.

Fortunately, the daring move quickly paid off as two mixtapes he posted on SoundCloud – Good Grades Bad Habits and Alone – created a significant buzz among music critics and record labels, including Atlantic Records which last summer signed him to a recording deal via Artist Partner Group. His debut studio album Life Of A Dark Rose followed in January this year and within two weeks of release it had climbed to No. 10 on the Billboard 200 chart in the U.S. The album included his introductory single “Red Roses” and the follow-up “Nowadays”, both featuring fellow rapper Landon Cube and scoring him back-to-back Hot 100 hits.

In March Skies embarked on the Life Of A Dark Rose tour. Despite it being his first ever tour as a headliner, critics praised Skies for the maturity of his performances with UPROXX suggesting he was “the real deal” and already had “the stage presence of a seasoned rap veteran”, while Billboard said at two “electrifying” shows he played the same night in New York’s Irving Plaza that he “maintained a commanding stage presence much like a hip-hop veteran as he delivered an energetic set”.