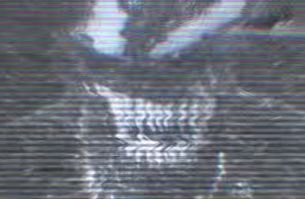 To mark the release of the new action-packed movie Venom, which hits cinemas on Wednesday 3rd October 2018, Channel 4 has partnered with Sony Pictures Releasing and Manning Gottlieb OMD on a series of ‘continuity breaks’ that will be disrupted by the anti-hero.

One of Marvel’s greatest and most complex characters takes centre stage as Eddie Brock (Tom Hardy) becomes the host for the alien symbiote Venom. As a journalist, Eddie has been trying to take down the notorious founder of the Life Foundation, genius Carlton Drake (Riz Ahmed) – and that obsession ruined his career and his relationship with his girlfriend, Anne Weying (Michelle Williams). Upon investigating one of Drake’s experiments, the alien Venom merges with Eddie’s body, and he suddenly has incredible new superpowers, as well as the chance to do just about whatever he wants.

Twisted, dark, unpredictable, and fuelled by rage, Venom leaves Eddie wrestling to control dangerous abilities that he also finds empowering and intoxicating. As Eddie and Venom need each other to get what they’re looking for, they become more and more intertwined — where does Eddie end and Venom begin?

The campaign for the Channel 4 promos was conceived and brokered Manning Gottlieb OMD and Az Sulleyman, Channel 4 Partnerships. It will see the hugely popular comic book anti-hero Venom unleashed across the programming schedule from Tuesday 25th September between popular shows such as The Great British Bake Off, First Dates, Location and The Circle.

The promos, produced by The Picture Production Company, will conclude with an exclusive 60-second movie trailer, which will air during Gogglebox on Friday, September 28th 2018.

Chris Braithwaite, Agency Principal, said: “We love the Venom character and have found an edgy, creative, attention-grabbing way to disrupt our schedules and bring the spirit of the movie to Channel 4 viewers. The ‘continuity breaks’ will both surprise and excite, and the work is a testament to the collaboration between Channel 4, Sony Pictures Releasing and Manning Gottlieb OMD.”

Ian George, Managing Director UK & Ireland, Sony Pictures Releasing, said: “From the creativity and uniqueness of the ‘continuity promos’ to the number of viewers it attracts, Channel 4 is the perfect platform to showcase a Venom takeover. We’re delighted to work with a channel that is renowned for broadcasting content with a difference, which is also why we’re treating viewers to a special 60-second trailer of the movie.”