Isobar's 'One Stadium Live' allows users to discuss, spectate and interact over the web 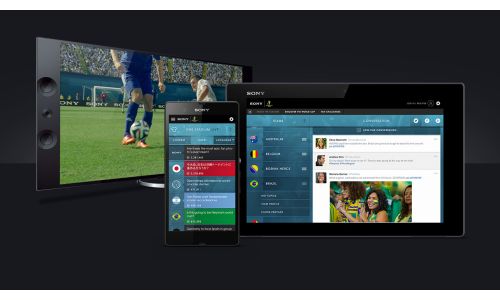 To support their global sponsorship of 2014 FIFA World Cup Brazil, Sony is launching a World-First social network dedicated to the tournament – ‘One Stadium Live’. This unique platform unites fans’ football passion by curating social media content from all over the world into the most popular, relevant and recent football topics. Available from today, the fully responsive, global site will be accessible to English, Portuguese, French, German, Spanish and Japanese speakers and is optimised for mobile, tablet and desktop computers.

Forming the centrepiece of Sony’s 2014 FIFA World Cup global sponsorship activity and created with global digital marketing agency Isobar, One Stadium Live will bring the sensation of being in the Stadium closer to fans. For the first time, football fans can instantly see and join conversations and opinions they care about most from all the fans worldwide – not just those they are already connected to or have actively searched. Live, in-depth performance statistics for each team and players will boost supporters’ expertise of their own team, whilst delivering insights into the opposition. Meanwhile during games the ultimate 2nd screen experience ‘Match Live’ will deliver a real-time, filtered stream of what all fans around the world are saying about that particular game. 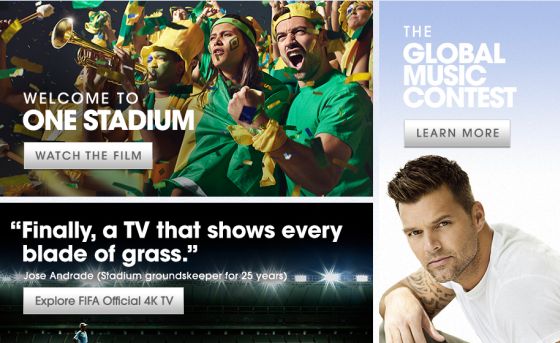 The first platform of its kind, One Stadium Live automatically populates with what fans are saying on Twitter, Facebook and Google+ about the game they love. Using revolutionary conversation tracking technology to analyse a limitless number of words in six languages, One Stadium Lives organises chaotic social content into meaningful conversations.

The technology supporting the platform, developed in partnership with text analytics company Luminoso, uses ‘Natural Language Processing,’ an innovative technique that studies and learns language patterns as opposed to  monitoring key words. This enables fans with similar passions from across continents to be grouped, creating an instant football fan community and opening up the experience of being within the stadium to billions of fans across the world.

The technology will be supported by a Sony ‘Newsroom Team’, made up of a group of multilingual social media experts from Isobar in the UK. This team will monitor the fan conversations across the six languages for all 32 competing teams in the football competition and ensure that the most interesting and relevant conversations are surfaced by the technology.

With more than half a billion viewers expected in over 200 countries for the FIFA World Cup, Sony believes in creating a more enhanced experience for all fans – from core football fans to recreational but passionate FIFA World Cup fans. As the world becomes more connected, the fans will only continue to become a bigger part of the FIFA World Cup, whether they are in the Stadium or miles away. Sony leads the shift toward this new generation of united, fan-empowered FIFA World Cup experiences through the launch of ONE STADIUM LIVE.

Shunsuke Ueda, Senior Manager of Sony Coroporation FIFA Project Office, Sony said “As the supporter of football fans, Sony believes in delivering the best possible experience for fans, wherever they are, whether that’s through Sony 4K and Full HD LED BRAVIA televisions showing the games at their most beautiful or Sony Xperia phones and tablets connecting fans around the world throughout the tournament. One Stadium Live is an exciting extension of Sony innovation, bringing fans’ passion together in a way that has never been possible before”

Nick Bailey, UK CEO / ECD Isobar said: “Isobar is proud to be working with Sony to deliver One Stadium Live, a fantastic example of what is possible when a truly innovative brand commits to create something that adds real value to peoples’ experience. With this initiative Sony will be harnessing the extraordinary collective passion of football fans around the world to give them an even more engaging, entertaining and connected experience – making this FIFA World Cup even better than what has gone before.

Catherine Havasi, Co-Founder and CEO of Luminoso, said “Luminoso’s technology grew out of 14 years of research at MIT that applies artificial intelligence and a database of 17 million facts to appropriate common sense knowledge to text mining. We’re thrilled to be working with Sony and Isobar on this project. The World Cup is a significant global event, and as someone who loves soccer and follows the games, it’s very exciting to know that we are helping people connect as one global community through a platform like One Stadium Live.”

The campaign will be supported with notifications to Sony’s 20 million follower fan base, with the most popular conversations pushed on to the brand’s social and paid channels.