To build awareness of the benefits of Sony’s mirrorless camera technology, and its ability to offer the same professional picture quality as DSLRs 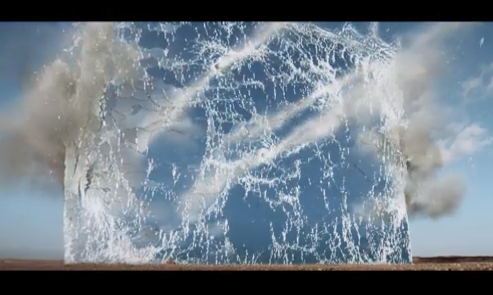 Sony Australia declares mirrorless cameras are the future with its new ad campaign from Havas Worldwide Sydney. Launching this week across broadcast, digital and retail channels, the campaign aims to build awareness of the benefits of Sony’s mirrorless camera technology, and its ability to offer the same professional picture quality as DSLRs, minus the added weight and bulk traditionally required to house an internal mirror.

While filmed in Namibia, the new ad marks Sony Australia’s first locally produced television campaign for its award winning Alpha camera range. The 30 second TV commercial, which debuts on-air this Saturday, will appear on networks including Seven, TEN and Eleven.

The campaign shatters the myth that DSLR style cameras are the go-to models for professional and amateur photographers a-like; highlighting that mirrorless is the way of the future. The Alpha range includes the world’s smallest1, lightest 35mm full-frame interchangeable lens cameras (α7 series) and the world’s fastest auto-focus in an interchangeable lens camera2 (α6000).

"We wanted to make a statement with this campaign, and end the misconception that large-format DSLR cameras are the only way to achieve high-end photographs,” said Sam Williams, Head of Marketing Communications at Sony Australia and New Zealand. “This is an exciting moment for us as we confidently embrace the future of photography and draw attention to Sony’s mirrorless technology. We look forward to seeing how consumers respond."

“This campaign centres around what Sony removed to take photography forward, said Tim Green, executive creative director, Havas Worldwide Sydney. “The mirrorless technology in Sony’s new Alpha range will transform the category and render the DSLR’s hold on high-end photography a thing of the past. This is a beautifully simple and powerful line drawn in the sand.”