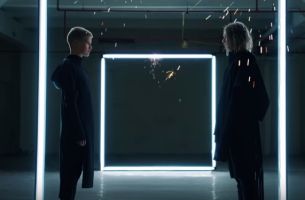 Sonic Union mixer Brian Goodheart teams up with director Robert Broadhurst to bring the edgy aesthetic of the Autumn/Winter 2016 collection for Adidas Y-3 to visceral life in an intense new campaign video from the Blackrose agency. The short film features models sporting Y-3 gear against an abandoned industrial backdrop, racing against the intrusive gaze of an omnipresent surveillance system. The wardrobe of oversized black hoods, chunky boots, skintight leggings and activewear, paired with a pulse-pounding soundtrack, brings to life the intersection of rave culture and the minimalism of modern urban youth style.

“The goal was to explore data culture and at least abstractly hint at what might lie beyond the current catastrophe of unchecked surveillance,” says director Broadhurst. “Yohji’s famous quote about ‘clothing as armour’ really stuck with me. He meant it as a reference to the male gaze but these days that gaze feels like it belongs to everyone -- from the state to corporations to every single one of us living our lives online -- and at this point total exposure feels inescapable. I liked thinking about the idea that, at least until it inevitably starts capturing data, clothing may be one of the last places a person can actually find privacy. It’s weirdly obvious but there it is. It may not shield your communications or your whereabouts but at least it still conceals your body. So even though these sneaky security cameras track the characters throughout this seemingly forgotten refuge, at least they can’t penetrate their clothes.”

Sonic Union mixer Brian Goodheart worked closely with Broadhurst to deepen the textured soundtrack and amplify its sense of siege and suspense. “When I came in with fresh ears, I was able to really refine the sonic arc of the piece with Robert,” he notes. “We took a closer look and refocused the climax of the piece to an earlier moment and the whole piece really came together.” Broadhurst agrees. “Brian crushed it. He solved a huge, lingering story challenge and brought it together perfectly.”

The short film will air online, as well as in Y-3 stores. 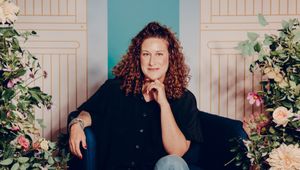 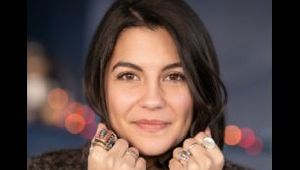