Sonic Has Been Appointed to Dr. Martens #STANDFORSOMETHING Tour

European tour hits the road from the 8th of September 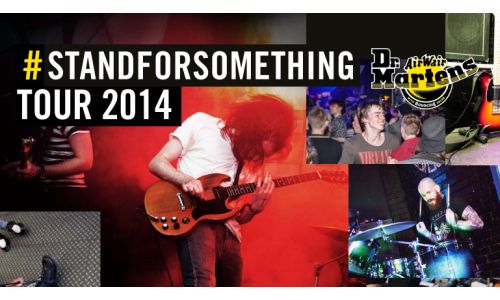 Dr. Martens, the footwear, clothing and accessories brand, is thrilled to announce a five-city tour across five countries as the Dr. Martens #STANDFORSOMETHING tour rolls out for the first time into mainland Europe on 8th September. Sonic has been appointed to this tour following success at the Autumn 2013 tour.

This strengthens the Brand’s relationship with Sonic, the music marketing and advertising group, who managed  the five City UK launch of the Dr.Martens #STANDFORSOMETHING Tour in Autumn 2013

The tour will be headlined by one of the UK’s most exciting Indie Rock bands – PULLED APART BY HORSES -  whose new album ‘Blood’ is released on 1st September. Receiving its debut on Radio 1 as ‘the hottest record in the world’ on Zane Lowe’s show, PULLED APART BY HORSES have recently unveiled the first single from the album, called ‘Hot Squash’.

The Dr. Martens #STANDFORSOMETHING tour will be hosting gigs with one simple premise - the most rousing live acts in tiny venues, giving music lovers the chance to see the UK’s most exciting acts up close and personal. You can keep up to date with the tour here. 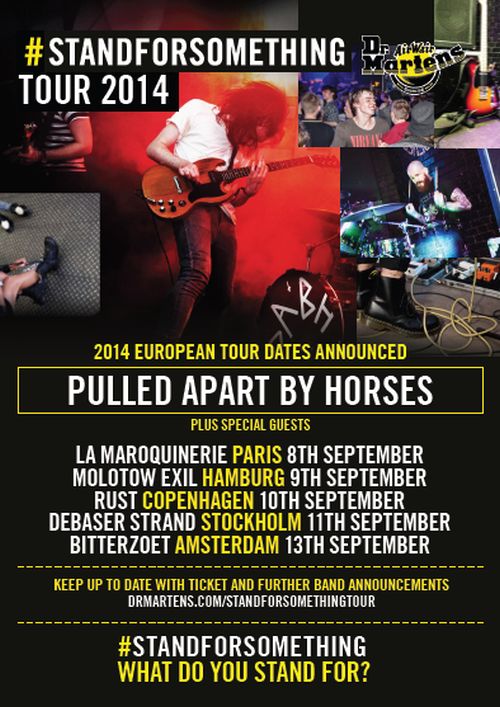