Sonic Branding - A License To Thrill 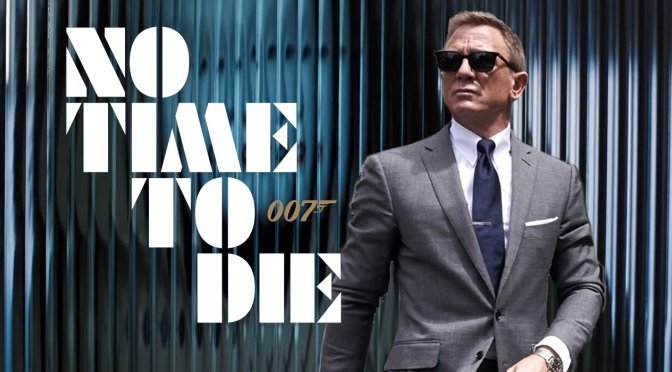 As Ogilvy’s Rory Sutherland proclaimed at the most recent ‘An Evening With Bob’, “you could make Bond blonde and female, just keep that bloody song in!” So, if music is essential to the Bond brand, what is it about the music in particular that makes it instantly recognisable as ‘Bond’, and what can we as advertisers learn from Bond about sonic branding? soundlounge licensing and marketing assistant James Carnell takes a look.

Billie Eilish and her brother Finneas O’Connell have written the next Bond theme song, entitled ‘No Time To Die’. Having turned only 18 in December, Billie is the youngest singer ever to record a James Bond Theme and joins an esteemed list of musicians to record for the franchise since Dr. No first hit our screens back in 1962, including Shirley Bassey (of course), Matt Monro, Adele and Paul McCartney.

Known for her edgy, emo productions, which have connected with teenagers across the globe and catapulted her to five Grammys and one Brit Award, Billie was an exciting choice for the new Bond theme. However, ‘No Time To Die’, whilst ‘dark and off-kilter’ throughout according to the BBC, is arguably more recognisable as ‘Bond’ than ‘Billie’.

This got me thinking. Bearing in mind seven different actors have played 007 on-screen since 1962, what is it about the Bond brand that has enabled it to remain in our collective consciousness for over 50 years? Sure, visual branding elements such as the frequent appearance of an Aston Martin, 007’s suit etc, play a significant part in this, but it’s the consistency of the Bond music that plays an equally, and if not more important role – it contributes massively to the brand’s recognition value and the emotionalisation of the audience. But what is it about the music specifically that makes it so recognisable as Bond?

Kai Bronner and Rainer Hert’s Audio Branding: Brands, Sound and Communication features a fascinating small section by Georg Spehr on the Bond brand. In it, Georg suggests that a rigid audio-visual structure has been put in place at the start of every Bond film, which has crafted and cemented the Bond brand in our minds:

“The strong audio-visual appearance during the first 20-30 minutes of a Bond movie usually contributes most to the recognition value:

2. Pre-title sequence (as 'opening gambit' or prologue) – background music of sequences with motifs of 'James Bond Theme' and '007'.

Billie’s ‘No Time To Die’ fits perfectly into point three (as most of the previous title tracks have done), and therefore the Bond brand as a whole. Whilst Billie and Finneas could have created an out-there, angsty theme more in line with her current album WHEN WE ALL FALL ASLEEP, WHERE DO WE GO?, it wouldn’t have been compatible with the Bond brand. There’s a reason no one remembers ‘Another Way To Die’ by Jack White and Alicia Keys – it deviated from the formula set out above by Georg.

However, not every theme song integrates the film title into lyrics, and therefore deviates from the formula too. The most recent example of this is the Spectre theme, Sam Smith’s ‘Writing’s On The Wall’. However, because this track still contains dynamic brass and swelling strings, it is still recognisable as a Bond song. This suggests it’s these musical elements which, in fact, are crucial to the success of a Bond song, and less so the lyrics. ‘Writing’s On The Wall’ did win an Oscar for Best Original Song after all…

With the theme song being such an important marketing tool for the franchise, and such an integral part of the Bond brand, it’s important they get it right. The truth is, Bond has such a distinctive Brand Sound that you could get Metallica to record a Bond song, but it would still have to at least contain 'strong dynamic brass sections' and 'swelling strings', or risk damaging the brand.

So, what lessons on sound branding could advertisers learn from Bond? Consistency of music choice is an important part of long-term brand building. It is about understanding your own unique sound DNA – just as with Bond, it becomes an easy way to increase brand recall among consumers. By adopting this strategy, only then will brands truly have a license to thrill.