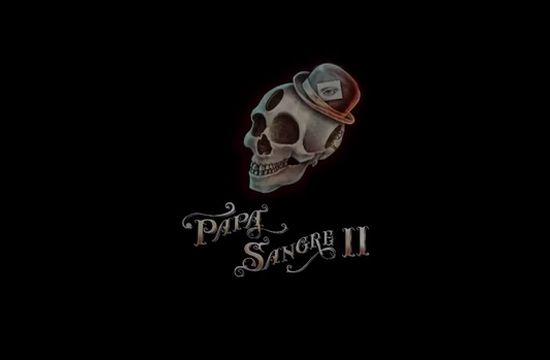 Somethin’ Else creates compelling content for brands and broadcasters that engages audiences across all platforms including BBC, Channel 4, Red Bull, The Economist and The BRIT Awards. Papa Sangre II is a project born from Somethin’ Else’s games studio, which was set up in 2010 to focus on creating the agency’s own products.

Papa Sangre II is a horror game that takes as its starting point a macabre concept: your own death. The player’s goal is to return to the land of the living by exploring an immersive story-world, collecting memories of dead souls to get back to the other side. Contrary to traditional games, Papa Sangre II has no visuals: the gameplay takes place in audio only and makes use of the most immersive technology available: the player’s own imagination. In effect, Papa Sangre II is a video game with no video! Throughout the game, players are guided in the underworld by the omniscient narrator Sean Bean, famous for his roles in Lord of the Rings and Game of Thrones.

Papa Sangre II is a game tailor-made for anyone looking for a premium and compellingly different experience. It is developed on top of a proprietary audio engine: a 3D binaural engine capable of generating true 3D sound from mono recordings. The spatial audio encompasses all 360 degrees of rotation, allowing sound to be positioned all around the listener’s head, including behind. Papa Sangre II features over 1,600 individually processed sounds, making it one of the most ambitious products developed by Somethin’ Else, the BAFTA award-winning studio.

Paul Bennun, Chief Creative Officer of Somethin’ Else said: “We're incredibly proud of Papa Sangre II. Our ambition was to create the best audio game ever — a game that transports people who play it in a way that graphics can't. We think we may have done it. The game shows how story-telling is crucial to great content creation. Everything came together in this game: Sean Bean's amazing performance, the Ringham's beautiful sound design, the capabilities of our totally re-written engine and play that comes out of everything we've learned over the last few years. We can't wait to hear what people think of it!”

Papa Sangre II is available now on http://itunes.apple.com/app/id710535349. But be careful, the game is powered by players’ own fear and might cause nightmares.