Appointment follows their work with the BRITs in 2014 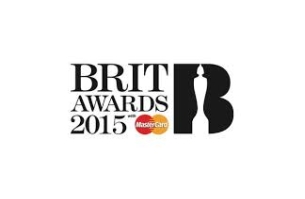 The BRIT Awards 2015 with MasterCard, the UK’s biggest music awards show, has re-appointed content agency Somethin’ Else to handle its digital strategy and content for the 2015 event. This follows their work with The BRITs in 2014 which made it the most tweeted non sporting event in British TV history.

Somethin’ Else will redesign BRITs.co.uk and will create video and social media content in the lead up to the event. This year’s strategy will once again focus on promoting British and International artists celebrating the year's success with commentary fronted by YouTube stars.  The content which is daily updated over a 3 month period will engage fans of relevant artists, as well as look to increase the BRITs profile internationally.  Alongside music content, key strands will be comedy and fashion with YouTube names such as Dan and Phil.

This online video content, will be hosted on The BRITs YouTube, Twitter, Facebook and Instagram accounts which will be run by Somethin’ Else as well as BRITs.co.uk.  The BRITs continue to broadcast a live stream of the show to an international audience on YouTube which last year achieved just under 2 million activations.  Compelling sections of the stream were seamlessly produced and created by Somethin' Else.

On the night of the event a newsroom will be created with over 30 editors and content creators to ensure instant reaction, continuous content delivery and conversation with the audience.

In the run up to the event Somethin’ Else has filmed the Critics’ Choice Sessions, recorded at Abbey Road Studios, which will be shared via the BRITs social media accounts. From mid-January Somethin’ Else will be working with The BRITs to again create the content and promote all the excitement needed to build the live social vote for Best British Video. The voting period will be increased and this year this will be held in the 5 weeks leading up to the BRITs ceremony.

Ian Sharpe, Head of Moving Image and Digital said, “Last year The BRITs achieved unprecedented success online. This year our focus is to use online to further develop the BRITs brand to market both the event itself and the wider goal of promoting British music.”

Giuseppe De Cristofano, Head of Digital for BRIT Awards Ltd and BPI Ltd said, “The BRITs 2015 is shaping up to be our most digital yet as we engage with our global audience across all our digital channels.”