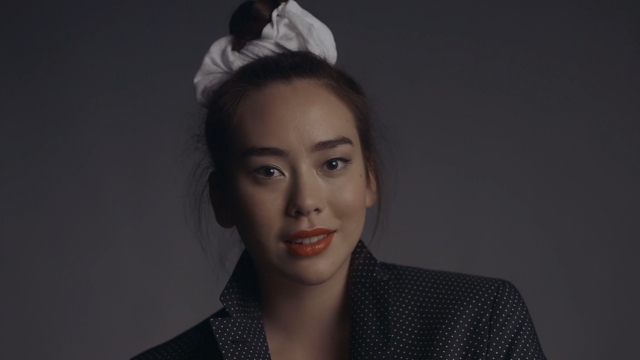 Filmmaker Malcom Venville launches the first film in a series about the cult of fashion followers for online culture portal NOWNESS.  The director spotlights fashion fetishism at its finest in this Somesuch-produced satire, capturing confessional-style interviews with Philophiles, the style disciples devoted to the house of Céline and its creative director Phoebe Philo.

Malcom Venville takes an anthropological look at the tribe of high fashion, introducing us to three female subjects who channel the minimalistic aesthetic and subdued luxury of the Céline brand into their own lifestyles. More than merely appreciating the quality of the garments, each of these women identify themselves with the public image of Céline designer Phoebe Philo – a living example of the savvy, modern cosmopolitan woman that can have it all, while looking impeccably chic.

Indeed, Phoebe Philo engenders a whole species of fashion fanatics, deconstructing everything from her purist aesthetic to her sidelong glances. The believers’ worshipful devotion may give you the Phoebe-jeebies (“At work, we have this motto: WWPPD? What would Phoebe Philo do?”), but these strangely charming and endearingly awkward confessions demonstrate Philo's grand appeal.

Venville playfully pokes fun at the absurdity of the fashion world, dropping obscure references that speak straight to the in-the-know elite: runway look number 30, namedropping style blogger Susie Bubble, and the art of the neatly un-tucked shirt tail. Expertly weaved together, Philophiles is a homage to the visionary Philo and her expertly dressed believers that is reverent, adorable and cheeky all at once.