In the Company of Huskies and Ireland’s biggest charity St. Vincent de Paul highlight the realities of poverty during the festive period 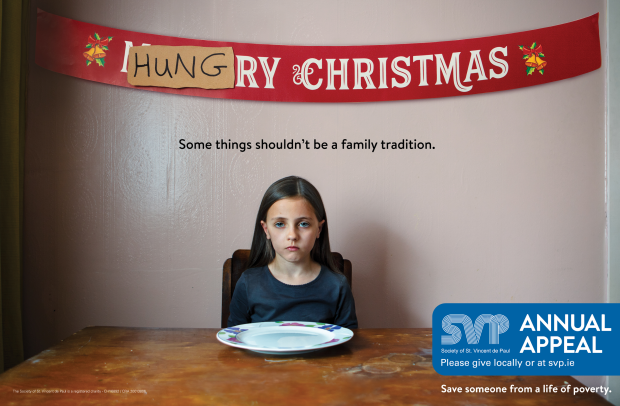 For most, Christmas is a wonderful time of year, but for those struggling it can be the most worrying. Everyone has festive traditions, but for some families their Christmas tradition will be going to sleep hungry in a freezing house. ‘Some things shouldn’t be a family tradition’ campaign drives home these differences by distorting well known Christmas sayings and idioms such as ‘It’s the most wonderful time of the year’ and ‘Dreaming of a white Christmas’ to remind people that there is another side to Christmas.
Out of 150,000 calls made to St. Vincent De Paul each year, one in three are from people in need of food. Nichola Mullen, head of fundraising at SVP says: “We needed a creative campaign that showed the public what poverty really looks like on a daily basis. There are families all around Ireland opening up food presses that are essentially bare, with the prospect of a hungry and cold Christmas ahead of them.”
“This year, the SVP Annual Appeal 2019 includes a powerful image of an almost empty cupboard on Liberty Hall in Dublin. Using the buildings distinct architecture, this stark image highlights the alarming prevalence of food poverty which has increased across Ireland in recent years,” said Nichola Mullen. “While donations at this time of the year are used to provide immediate relief to those in need, the long-term affect can be to prevent people falling into a downward cycle and so save them from a life of poverty.”
In the Company of Huskies has worked with SVP since 2015, having created the multi award-winning platform ‘A yes can last a lifetime’ for the charity. Despite very challenging times, SVP donations have risen year on year. Nessa Van Rooyen, business director at In the Company of Huskies says encouraging donations is central to the campaign, “this campaign builds on the success of the previous one, the outdoor focuses on the harsh realities of poverty, while the TV shows the life-changing support that the charity provides for people in need, only made possible through donations.” 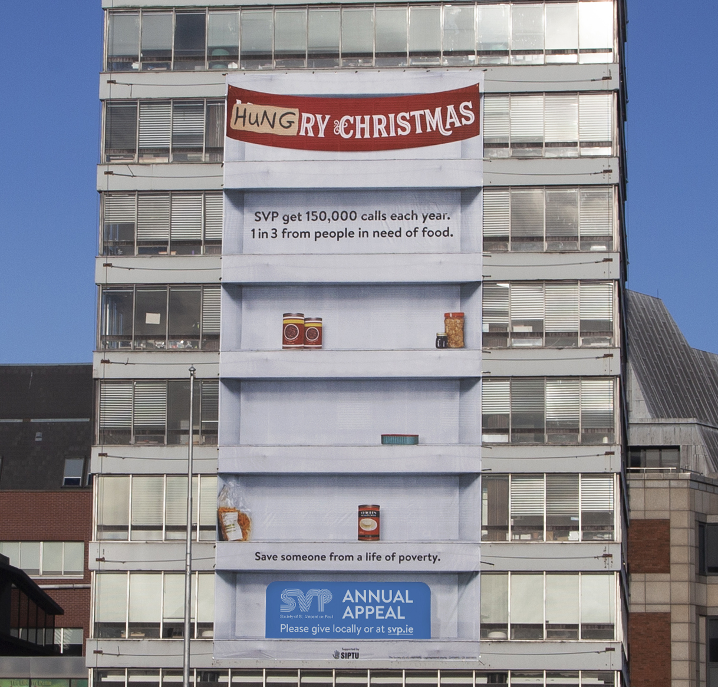 At the launch, Ryan Tubridy praised the campaign, saying: “The ads are dwelling on the possibility and the positivity that the donation will make to a life. They are saying that if a donation comes in the door the school books are paid for, the house is heated, the belly is full, the child retains his or her dignity, continues through school and out the other end and hopefully it gets better. That’s the message that has to be delivered.”
The SVP Annual Appeal 2019 will be promoted up to Christmas week across TV, radio, press, on social media and outdoor. The charity is asking the public to support its work in any way they can over the festive season.
view more - Creative 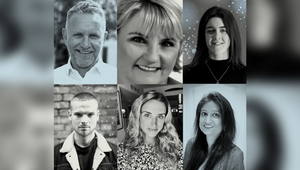 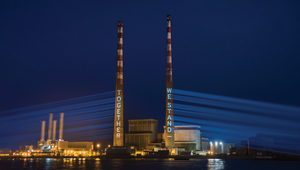 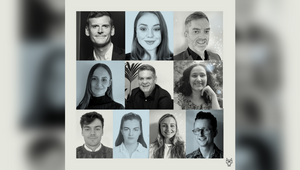 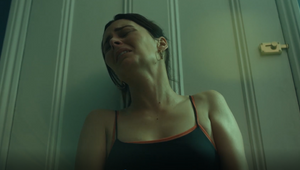