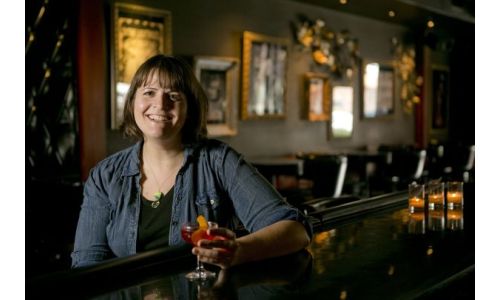 Los Angeles-based boutique live-action production company Society signs acclaimed filmmaker Megan Griffiths for her first U.S. commercial representation.  Griffiths has been a director, writer and producer in the independent film community for over a decade, with her most recent film Lucky Them (starring Toni Collette, Thomas Haden Church, Oliver Platt and Johnny Depp) having its premiere at the 2013 Toronto Int’l Film Festival.  Lucky Them is being released by IFC Films this weekend.  Her previous film, Eden (starring Jamie Chung, Matt O'Leary and Beau Bridges), premiered at the 2012 SXSW Film Festival in Austin, where it won the narrative Audience Award and the Emergent Female Director Award, and was picked up by Phase 4.

Society EP Harry Calbom Says, “Megan is a true filmmaker. To become a director, she worked her way up through every department on set, learning how to bring her unique vision to life on screen. Her success is the result of passion, creativity, and immense hard work. Those are the types of filmmakers we are proud to present.”

“I’m really intrigued by the idea of taking what I do in features and applying it to a shorter form. I love the prospect of carrying a character-centered, authentic approach into the commercial sphere,” adds Griffiths. “Everyone at Society seems very collaborative and tight-knit, and I have a huge respect for the other directors on the roster. It seems like exactly the environment I most enjoy.”

Prior to her award-winning feature Eden, Megan’s film The Off Hours (starring Amy Seimetz, Ross Partridge and Scoot McNairy) premiered at the 2011 Sundance Film Festival.  The Off Hours went on to receive a Special Jury Prize and Best Director award at Spain's Ourense Film Festival and an Independent Spirit Award nomination for cinematography before securing distribution through Film Movement. Megan currently serves on the board of the Northwest Film Forum and is an active advocate for sustainable production.