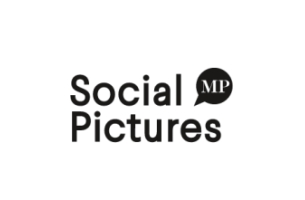 Social Pictures launched in 2015, and the new signings join the agency in its ongoing quest to match social visionaries and storytellers with the world’s leading brands. They will join a roster of top-notch influencers that have enabled the agency to grow from its infancy into a powerful force in the creative industry – delivering high quality, engaging content, combining creativity with targeted influence. The agency exclusively represents influencers that have a collective reach of over 20 million.

The new signings stretch across a range of industries and talents; Zoë Timmers, an ex television producer, and now travel and landscape photographer, Sarah Tasker a stylist, Philippa Stanton a Brighton based artist, Vanessa McKeown, a still life photographer and Art Director, and Geraldine Tan – a doctor turned lifestyle stylist.

Coinciding with the signings is today’s female-focused holiday, International Women’s Day, which celebrates the social, economic, cultural and political achievement of women. Donna Amey, Head of Social Pictures, is happy to make this announcement on such a day. The influencer industry has, and continues to be, dominated by men, even with social media itself being dominated by women – something Social Pictures hopes to change.

Donna Amey comments: “Women dominate social media, in general, in terms of users. For example, Instagram has more female than male users – and they certainly engage more, but there are more men (59 percent) with over 10.000 followers than women (41 percent). A similar case is reflected in the creative industry in general, where it’s widely known that the percentage of senior female creatives is currently just 3%.”