Thomas Crampton on getting serious about social in Asia Pacific 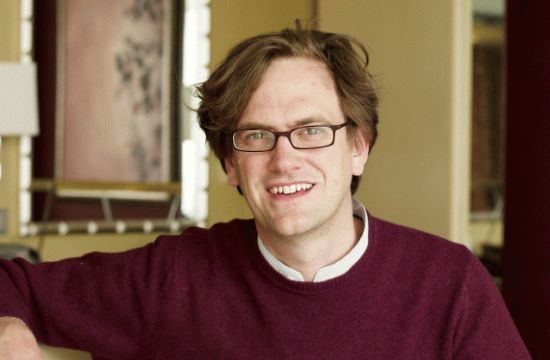 Social@Ogilvy’s Asia Pacific director Thomas Crampton is on a mission. He reckons that brands and agencies have been slow to take social seriously. That’s why he’s partnered up with Branded to create a show-stopping event in Hong Kong with big-hitting brands. Gabrielle Lott caught up with him to find out more about Social Media Matters.

LBB> It’s the second year of Social Media Matters; what was the inspiration behind the event?

TC> Social Media Matters was set up partly due to my frustration that Social Media conferences were always held in the basement of a third-rate Hong Kong hotel. It was depressing, unattractive and relegated to the back of the bus.

This isn’t just a local perception. It’s regional - with the exception of China, where the market has a remarkable understanding of social. I recognised that people were keen to know more about the subject and that a high level discussion was needed.

Last year we focused on ROI. What is the return of investment on social media? People were happy to tell us that they’d set up a Facebook page, but it became evident that they had done so without thought and without considering the costs and the rewards. Unless you can justify the cost, time, energy, it’ll never be sustainable or interesting. They weren’t seeing the rewards.

If you are using social you have to ask what you hope to achieve out of it. 2012 was a conference that was both heavy on research, filled with content, yet also fun. Cutting edge has to be fun. We had eight research presentations (which we are repeating this year) and combined this with live music to keep people stimulated.  We compressed the research presentations into six minutes, they directly relate to a panel that follows after them. It allows us to cram an incredible amount into a single day event.

TC> Social Media Matters is a joint venture between Social@Ogilvy and the events company, Branded.  We bring in the social media and Branded brings in the events and entertainment. They have a giant music festival in Singapore called Music Matters and as we wanted the day to be engaging, fun and memorable, partnering with such a stimulating company made perfect sense. We didn’t want Social Media Matters to be an earnest event, we want it to be both intellectually challenging and fun.

LBB> You have some fantastic brands presenting. How have you enticed them to reveal their secrets?

TC> It’s a much easier job the second year. This year we really wanted to focus on three keys areas: mobile, creative and data. Mobile, because social and mobile are absolutely inseparable and we have a number of interesting presentations around this topic.

Creative is one of the most important elements of social right now. There’s a danger that people will just make reflective social media campaigns that have no creativity and that just repeat what has been done in the past.

Once you’ve clicked on one Facebook app once, you’re not going to want to do it again. It’s done. Finished. It’s over. Which is why we need to have creativity in social. It has to be at the core of engagement. We have Coca-Cola speaking, we have Nike speaking – these are some of the most creative brands within this subject.

Last year we had a singer, this year we have a YouTube star, who has had 300 million views of her videos. Bethany Mota. Every video she posts gets more than a million views. So the question to her is “how do you do it?”. How do you connect with your audience? It’s going to be very interesting to hear her responses because she is somebody who has managed to repeatedly attract high audiences.

‘Brand Advocacy’ is a discussion about how you turn people who are positive about your brands into advocates for you. This relates very closely to social CRM. We’re not just looking at social as a group of likes on a page, but we are trying to segment them out and respond to them differently. We want to encourage people who are regular purchasers to talk more about what they are buying. And those who are influential but don’t purchase much, lets treat them like VIPs even if they aren’t our biggest customers because they have a large impact on our future sales.

We have a four-page program for a one-day conference. One speaker that I’d like to highlight is Scott Monty, who is a global social media rock star. He will be discussing the amazing things that Ford are doing in terms of building out their content on a global basis.

There is something for everything here. We have the financial industry; the head of digital and social for Amex, we have the head of marketing for HSBC. In terms of data, we have Socialbakers who do a remarkable job of looking at how brands are working across Facebook and other platforms.  We have Facebook, Twitter, LINE, Sina Weibo presenting.

The day after there will be two free workshops for the attendees. One on CRM, ‘From Like to Buy’ and the other is hosted by Renren. The value of the workshops is you can dive in deeply. Social Media Matters is a one-day event where no one is on stage for more than 20 minutes. For social CRM and Renren’s look at social networking in China, you’re talking about two three-hour sessions, just focusing on two topics. This is a chance to intensely study the subject in greater detail.

Last year was a sell-out and this year looks to be the same. We have people attending from around the region. One of the interesting things about it is that, looking beyond quantity, it’s all about quality. The people on the stage are pretty impressive, but those in the room are no less impressive. We have very senior people from platforms attending just to hear what others are saying. There are lots of senior people from brands – it is really by brands, for brands. No pitching. This is about sharing. Coke, Nike, Nestle, Unilever, Amex, all sharing what they are doing in social, what they’ve found succeeds and how they’ve overcome challenges.

Tickets for the event are still available and can be purchased via http://www.allthatmatters.asia/social/2013/. If you’re unable to attend the event, follow the day via Twitter (@matterssocial) and return to the site later in the month to watch coverage of the conference.  As Media Supporters, LBB will be attending. If you would like to meet with our Editor, Gabrielle Lott, drop her an email gabby@lbbonline.com